James Kelman: ‘Britain Is A Country’ Fallacy - Britain is not a country, it is the name used by the ruling elite and its structures of authority to describe itself. 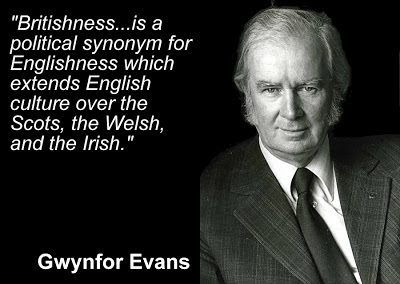 Democracy and Class Struggle publish an extract from James Kelman's article "Britain is a Country Fallacy" and recommend you read the full article has it is copyrighted and cannot be reproduced in full here.

This article goes to the heart of the debate on the national question in British Isles, my own article attacking current British cosmopolitan leftism has having nothing to do with Marxism is here :

"The only class of people in Britain who can justify validly their claims to Britishness are the ruling elite and their minions. Britishness is their possession"

"Problems arise for State authority when the further stage in the process arrives. This is the attempt to determine the nature of British culture.

In this context ‘British’ soon becomes ‘English’, and ‘Britishness’ ‘Englishness’.

Once we examine ‘Englishness’ we discover only parts; regions and difference; old languages and old cultures; elements of old empires: class and hierarchy, power and subjection.

Britain is not a country, it is the name used by the ruling elite and its structures of authority to describe itself"

"Gwladgarwch y Cymry" "The Patriotism of the Welsh

The man who hates and neglects his land and his nation is unlikely to love the people of any other land.

If he does not love the nation that he knows, how can he love those of which he knows nothing.