A Sad State of Freedom by Nazim Hikmet Ran 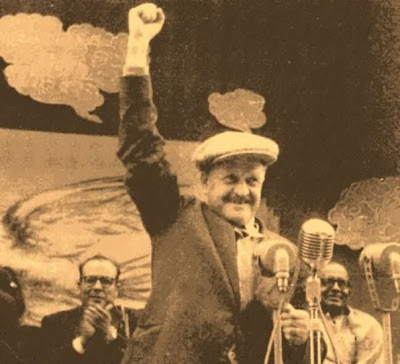 You waste the attention of your eyes,
the glittering labour of your hands,
and knead the dough enough for dozens of loaves
of which you'll taste not a morsel;
you are free to slave for others-
you are free to make the rich richer.

The moment you're born
they plant around you
mills that grind lies
lies to last you a lifetime.

You keep thinking in your great freedom
a finger on your temple
free to have a free conscience.

Your head bent as if half-cut from the nape,
your arms long, hanging,
your saunter about in your great freedom:
you're free
with the freedom of being unemployed.

You love your country
as the nearest, most precious thing to you.

But one day, for example,
they may endorse it over to America,
and you, too, with your great freedom-
you have the freedom to become an air-base.

You may proclaim that one must live
not as a tool, a number or a link
but as a human being-
then at once they handcuff your wrists.
You are free to be arrested, imprisoned
and even hanged.

There's neither an iron, wooden
nor a tulle curtain
in your life;
there's no need to choose freedom:
you are free. 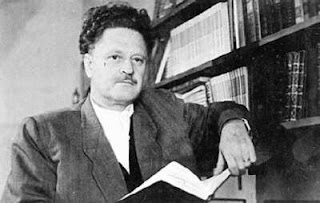 Turkish communist poet. Born in Salonica, in 1902. He studied at the Galatasaray Lycée in Istanbul and attended the Naval War School in Heybeliada.

While he was a board officer dropped because of ill health. He went to Anatolia to join independence war and worked as a teacher in Bolu.

Then over Trabzon and Batum went to Moscow. At the University Kutv he studied political economy and sociology.

He joined Communist Party of Turkey. In 1924 he returned to Turkey. Because of his articles and poems in the communist periodical "Aydinlik" he was sentenced to prison for 15 years, but escaped to Moscow.

After the Amnesty Law at 1928 he returned again to Turkey. He worked at the periodical "Resimli Ay" In 1932 he was sentenced again to prison for 4 years, but this time pardoned in 1933 in the General Amnesty of 10th Year of Republic.

He worked as a journalist and in the film studios. In 1938 his poems and books was found in the War School and he was condemned to prison for 28 years 4 month because of his "agitation in army". He was prison in Cankiri and Bursa.

After a international campaign he was released but he lived under the police control.

He escaped again to Moscow. At 25 July 1951 he lost his Turkish citizenship but became a Polish citizen.

His grave is in Moscow