Wales has the lowest income per head of any nation or region in the UK : Statement from Great Unrest Group for a Welsh Socialist Republican Party 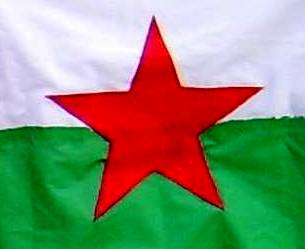 The Great Unrest Group for a Welsh Socialist Republican Party which was launched on St Davids Day 2012 in its initial statement pointed to the dire economic state of Wales which tends to be hidden from view by those that manage our decline in London and Cardiff, but reality has a way of breaking through and these figures below confirm what we have been saying for a long time.

We issued a statement in the Summer of 2012 calling for a Welsh Land Act and a Welsh Central Bank has being essential tools for economic regeneration, for a new Welsh Economic Renaissance.

No such policies are even advocated by Plaid Cymru and in fact we commented on the complete inadequacy of Leanne Wood's speech in Brecon when it came to economic policy and economic fightback :

We at the Great Unrest Group will develop further economic policies in 2013 has part of the fight back against austerity in an already impoverished Wales.

People should never fear Governments, Governments should fear people just like they feared the Blaina Rioters of 1935 who put a stop to cuts in National Assistance then.


In the frenzy of debate about the Census figures on the Welsh language a few weeks ago, few people noticed the annual tables for average income levels in Britain. These statistics reveal a continuing north/south divide.

Average income is measured as ‘Gross Value Added’ (GVA) per person. The income gap between Wales (or Northern England ) compared to Southeast England, is staggering. Wales has the lowest income per head of any nation or region in the UK.

West Wales and the Valleys – including Anglesey, Gwynedd, Conwy and Denbighshire – had the lowest average GVA of any sub-region in Britain (£13,573). This was under half the figure for Berkshire, Buckinghamshire and Oxfordshire (£27,795). And it is and less than a quarter of that for Inner London (£62,398).

It isn’t Wales alone which suffers low incomes. Cornwall was next to bottom at £13,848; and Teesside & Durham only slightly better at £14,627. There is a chasm between prosperous Southeast England and the old industrial areas.

In contrast ‘Inner-London-West’ – Kensington and Chelsea – have a staggering GVA of £111,519 per person. The richest areas of London have ten times more income than the poorer areas of Wales.

Recently the relative gulf has closed marginally, arising from the slowdown in London’s financial sector. However, since 1997, the overall gap widened appreciably, with the share of the UK’s GVA attributed to London increasing from 18% to 22% now. The share enjoyed by Wales and Northern England has fallen.

A week before Christmas I sponsored a Lords debate on the recent Silk Commission proposals for stronger financial powers for the National Assembly. Silk recommended unanimously, with all party support, that the Assembly should have tax-varying and borrowing powers. Unlike the Scottish Parliament, it currently has no tax-varying powers. Community councils have more fund-raising power than the Assembly!

GVA figures underline the need for change. The National Assembly has responsibility for economic development in Wales. Yet it doesn’t have the tools to do the job. It needs the capacity to vary taxes, provide incentives in enterprise zones and borrow to facilitate capital investment programmes which stimulate the economy.

Since 2000, Wales has benefitted from European Structural Funds to help poorer regions. Rigorous appraisal is needed to see whether these funds have been used effectively. Over the period 1999-2011 the relative GVA of Wales’ poorest parts has been stuck at 65 per cent of the UK average. European Funds have not closed the gap. In contrasts, Cornwall – which also received regional help from Europe – saw its GVA increase from 61 per cent to 66 per cent of the UK average over that period.

Wales needs a new economic deal, as an urgent priority. Time will tell whether Westminster gives the Assembly the necessary economic levers. But it’s clear that unless we help ourselves, no-one else will do so.