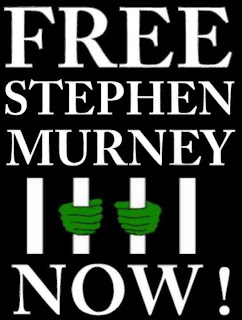 Democracy and Class Struggle salutes éirígi's struggle in Ireland in 2012 and calls for the emulation of éirígi's correct combination of social and national liberation by nations that are imprisoned in the British State.

We also call for the immediate release of Stephen Murney.


As the hundredth anniversary year of the 1913 Lockout begins éirígí extends solidarity greetings to its members, supporters and all of those who have contributed to the struggle against imperialism and capitalism in Ireland over the last twelve months.


We look forward to 2013 with optimism, resolute in the belief that an all-Ireland Socialist Republic continues to represent the only viable alternative to the failed politics of partition, exploitation, deprivation and austerity. We enter the New Year with a renewed determination to challenge both the British occupation of our country and the exploitative economic system that currently exists across Ireland.


The popular fight back against the anti-working class policies of the Leinster House and Stormont administrations gained considerable momentum in 2012. Hundreds of thousands of families in the Twenty-Six Counties participated in the boycott of the Dublin government’s home tax. éirígí commends them for this historic and successful act of mass civil disobedience. 2013 will see the Dublin government attempt to introduce a re-formatted home tax, with domestic water taxes set to follow in 2014. These taxes will need to be met with mass collective action similar to that which defeated the 2012 home tax.


In the Six Counties ever greater numbers of people are coming to see Stormont as the White Elephant it will always be. Far from the new beginning that it was supposed to deliver, Stormont has produced nothing but the same old, tired, failed politics of the past. Despite their hollow words of protest, the coalition parties in Stormont have obediently implemented the cutbacks of their Tory masters over the last twelve months; a fact which has not gone unnoticed by communities across occupied Ireland.


éirígí believes that the austerity programmes of both states can be defeated through a sustained campaign of mass protest, industrial action, civil disobedience and direct action. Over the coming year éirígí will continue to work within working class communities to build such a campaign of resistance.


The last twelve months have seen a marked increase in the harassment and vilification of republican and socialist activists across Ireland. éirígí members and supporters have found themselves repeatedly subjected to ‘stop and searches’, attempts to recruit them as informers, house raids, arrests and imprisonment. In late November, this campaign of political policing escalated with the charging of éirígí activist Stephen Murney. As a result of these spurious charges Stephen has now spent more than a month incarcerated in Maghaberry Jail.


It is abundantly clear that Stephen has been targeted by the PSNI for no reason other than his vocal and consistent criticism of the PSNI and the Stormont regime. éirígí is calling on all republicans, socialists and others progressives to familiarise themselves with Stephen’s case and actively campaign for his immediate release.


This escalation of state harassment and oppression against éirígí has come as no surprise. All oppressive states respond in this way to effective opposition. There is nothing the Irish ruling class fears more than a resurgent revolutionary republican movement successfully mobilising the wider working class. Our activists intend to spend the next twelve months working to realise the worst fears of the ruling class. The attempts of their forces to intimidate our activists and supporters will be as unsuccessful in 2013 as they were in 2012.


Towards the end of 2012 éirígí welcomed the decision of the political prisoners in Maghaberry to end their long-running protest in support of political status. We are again calling on the British government and the prison authorities not to squander the opportunity that this brave decision affords them. Irish republicans will never accept the criminalisation of the struggle for Irish freedom, within the jails or without.


2013 will mark the hundredth anniversary of a number of critically important events including the Great Lockout, the foundation of the Irish Volunteers and the foundation of the Irish Citizen Army. The parallels between the Ireland of 1913 and the Ireland of 2013 are many. Then, as now, Britain maintained an illegal occupation of Ireland. Then, as now, workers and their families found themselves being pushed into extreme poverty to satisfy the greed of a super-wealthy elite. And then, as now, the private media and the forces of the state were mobilised to vilify and attack those who dared to resist.


One hundred years ago thousands of Irish women and men came to the conclusion that the appetite of the rich and powerful was insatiable; that national, economic, social and cultural rights have to be fought for and defended; that the key to victory lies in the creation and development of revolutionary organisations committed to the overthrow of the ancien régime.


As we enter 2013 the people of Ireland would do well to follow the example of their grandparents and great-grandparents, by taking a stand against those who would drive them into poverty and despair. To those who are ready to take that stand éirígí extends an invitation to join with us. Together we can act in the spirit of 1913 and achieve the vision of 1916.