Nuclear Subs - Welcome in Wales despite the risks ! 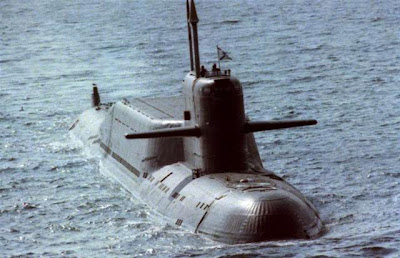 The Great Unrest Group in Wales says first we are a Drone testing ground with Drone testing standards lower than other major Western Countries, now we could  be home of relocated Nuclear Submarines because they are too dangerous for population of Plymouth their alternative site.

What manner of government other than a subservient colonial administration like the Welsh Assembly would inflict such danger on its population.

Subject to a positive referendum in Alba/Scotland next year and the SNP carrying out it's pledge to expel trident nuclear submarines from it's waters, the UK nuclear arsenal would have a home in Wales, according to the Welsh First Minister, despite the fact that no risk assessment has been carried out into the risks posed by the submarines to the Welsh population.

Devonport dockyard in Plymouth, which once assumed that it would be the natural home for the relocation for the submarines, has recently been ruled out, because of the potential dangers to the resident population if something went wrong with the subs or they were targeted by terrorists. However, last year the First Minister of Wales said the trident nuclear submarines could be relocated to the dockyard at Milford Haven in West Wales. However Plaid Cymru MP Jonathan Edwards this week asked UK Defence Minister Mark Francois what representations the Defence Secretary had received from the Welsh Labour led government about a risk assessment being under taken of the Milford Haven dockyard to accommodate any displaced nuclear subs. Mr Francois responded: 'I am not aware of any assessment having been made by the Ministry of Defence of the potential effect on casualty rates in West Wales consequent on any Trident-related accident in Milford Haven nor of any representation having been received from the Welsh Government in respect of such an assessment.&# 39;

Consequently First Minister Carwyn Jones was accused of making cavalier statements and careless comments that could not be substantiated. Mr Edwards MP said:

“I find it absolutely incredible that the Labour Party is touting for the relocation of nuclear weapons to Milford when the Ministry of Defence have not even made an assessment of the likely human cost of a Trident related accident or attack.

“Bringing further shame on the First Minister, the Ministry of Defence in their answer to my Parliamentary Question informs us that they received no representations from the Labour run Welsh Government about the expected casualty rate before or subsequently to their bid for the citing of weapons of mass destruction in South West Wales.

“A responsible administration would have full knowledge of all the facts before making bold statements.

“To be perfectly frank, I can’t think of a more major statement than making the case for the housing of the nuclear arsenal of the British state on your front lawn.”

Last Year the Labour Party defeated a motion by Plaid against the relocation of any trident nuclear submarines being relocated to Wales
Posted by nickglais on 1/19/2013 11:26:00 AM