There are thousand and one reasons to rebel, and only one amongst those is enough for us to start making preparations! 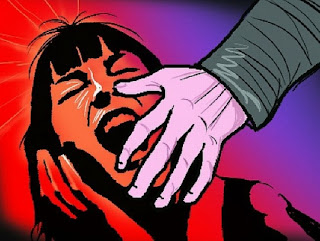 From resistance march ahead towards revolutionary change!
Issued on 29th December 2012
Sisters! Comrades!
The courageous girl who had been bravely battling for life for the past 14 days breathed her last on 29th December. The spontaneous anger of people, especially youth, burst on streets once this incident came to light. Thousands of people have expressed their anger by gathering and uniting at Jantar Mantar and India Gate in Delhi. Undoubtedly, this anger had been cumulating in our heads for a long time now. What this incident did was to spill out the already over brimming cup of our patience and consequently most of us took to streets. The Sheela Dikshit government in Delhi as well as the Union government has now assumed a defensive stance. Throughout the country, the demand for death penalty for rape is being put forth. However, the truth is that the rapists easily get away in 74 percent rape cases. Therefore, in the first place, it must be ensured that at the very least, the rapists are convicted as well as punished. And secondly, the issue of punishment comes later; the most pertinent question is to understand as to why incidents of rape are increasing by the day and what forces are responsible for this trend?

Since 16th December, right from the government to all opposition electoral parties have shed crocodile tears over the incident. However, these are the same parties who gave tickets to 286 men charged with crimes against women in the last Lok Sabha elections. BJP leader Sushma Swaraj had already declared the victim of this heinous act as a 'living corpse' even before she died! But just yesterday, a girl was raped in a BJP MLA’s office in Balaghat, Madhya Pradesh. Every electoral party can pride itself in having criminals charged with rape, corruption, murder and so on. However, now members of these same criminal electoral parties are discussing amongst themselves about strengthening the provisions of law against rape, installation of CCTV cameras in public transport, or tightening of security as the only solutions for this problem. Clearly, to expect any safety, justice or equality from them in the first place itself would be foolishness. However what needs to be thought over is whether rape or for that matter any other anti-women crime is merely a law and order or safety problem? Why do crimes against women happen in such large numbers at all? Definitely, for a heinous crime like rape, the punishment should be extremely strict and harsh. Especially In this case, the guilty should be immediately as well as strictly punished by setting up a fast track court. Conviction rates in anti-women crimes are very low already. Therefore, in all such cases, fast track courts must be set up and perpetrators be punished swiftly and strictly. This is because, in such crimes the psyche of easily getting away is always playing at the back of the perpetrators' minds. However, even after repeated calls for death penalty for rapes in wake of the 16th December episode, have the incidents of rapes come to a halt? On the contrary, incidents of rapes have been reported almost daily from different parts of the country repeatedly since then.

Friends, in our opinion there are three major reasons responsible for the ever-increasing rise in the crimes against women. Post 1990, as a consequence of the new economic policies of liberalisation-privatisation, a neo-rich class completely immersed in the culture of “Eat-Drink-Enjoy” has come into existence. This new class believes that it can do anything and everything with the power of money. This same small class, blinded by money, harbours the mentality of consuming the 'commodity' called woman whose commodification has already been effected by the decadent capitalist culture. To a large extent, this new class is responsible for crimes against women. On the other hand, a lumpen degenerate petty class, too, has come into existence which has crossed all limits of the capitalist dehumanization, as is evident from the barbarity of the 16th December incident. The third reason has been present for a long time and that is the patriarchical mentality which permeates every single bit of our society. It considers women as an object to be had and an instrument to procreate children (that is to say, sons!), and thus, reinforces the anti-women psychology every second.

Friends, today, it won’t be enough to vent out our anger, hatred or frustration. Along with asking for women’s safety, safe public transport system with CCTV & GPS system in buses on an urgent basis, we will have to understand that this problem would not be completely resolved through patchwork. Along with these demands for immediate reforms, we must start the long battle for uprooting the entire social-political-economic structure that has turned human beings into commodities; where for the profit of a few, this exploitative system does not even hesitate to sell out in the markets, flesh of common toiling masses, women, children, dalits, and tribals; and where children and women are sacrificed on the altar of the lust of the neo-rich class. If you are asking for anything less than this, then believe us, you won’t get anything. Therefore, we will have to offer a revolutionary alternative to this plundering system which is essentially anti-women, anti-worker, repressive and exploitative. However, this alternative cannot be achieved through any electoral party (not even if it calls itself a party of 'Aam Aadmi'!) but a new revolutionary organization and a revolutionary movement. To build such a system, we will have to gear ourselves from today itself. Only protests won’t help. A revolutionary ideology and a revolutionary organization are needed to march ahead towards revolution! And to understand such an ideology and build such a revolutionary alternative, youth, especially young women will have to come forward because women are victims of dual slavery: of capitalism and of patriarchy!

However, until such a system is built, we cannot sit idle. We will have to fight for our rights in our day-to-day lives; struggle for immediate reforms; take to streets to reclaim our dignity and rights! But sisters and comrades! For this too we will have to unite in organizations, otherwise this immediate upsurge will subside once our anger gets expressed and nothing will change. Therefore, throw the electoral politics into the garbage-bin! However, do not be prejudiced towards politics itself. As opposed to electoral politics, build your own alternative of revolutionary politics. We hereby call upon all our sisters and comrades to come forward to build a revolutionary alternative and revolutionary organization. Come, lets give a direction to our protests. Come, lets not merely vent out our anger and frustration, rather, choke this entire exploitative, anti-worker, anti-women, anti-Dalit, misanthropic system itself, through our unity and organization; come, lets move ahead towards building a new socio-economic and political system!