Wales: Case Against Metropolitan Police spying on Welsh Anarchists to be held in secret 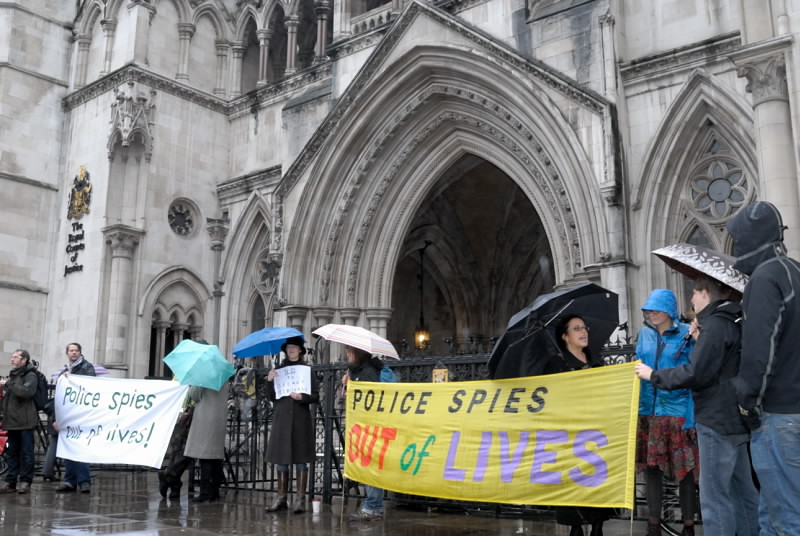 A High Court case against the Metropolitan Police over accusations they spied on a Welsh anarchist group will be held in secret, it has emerged.

Tom Fowler, a member of the Cardiff Anarchist Network, is one of 12 people taking the force to court for allegedly infiltrating groups across the country.

But today the High Court ruled his and the case of 11 women taking on the Metropolitan Police will be heard in an Investigatory Powers Tribunal – normally used to deal with MI5 cases.

“The existence of the Investigatory Powers Tribunal itself is an outrage in a country that calls itself a democracy.

“It is an aberration within our justice system. Any case being heard there is an injustice.

“It is not just that it is in secret. It is not like a normal case being heard in court where elements might not be allowed to be broadcast, it is as secret as you can get.

“We’ll get a one line judgement. Your lawyers get no opportunity to attend.
“It is a closed hearing in which only the police will have any say.

“I will not get any opportunity to present evidence or make arguments. It’s a sham.”
The group are suing the Met for the behaviour of five former undercover officers.

Mr Fowler thought he was friends with a clandestine officer calling himself Mark “Marco” Jacobs, who infiltrated the Cardiff Anarchist Network – one of the groups the 33-year-old is involved with.

Another of the officers, Mark Kennedy, hit the headlines in 2011 after infiltrating environmental groups.

Some of the women’s allegations are that they were tricked into sex.

The women want damages for emotional, psychiatric and financial losses.

Another undercover officer unmasked in 2011 – Jim Boyling – married and had children with an environmentalist after admitting he had been planted by the Met. The couple have since divorced.

Mr Justice Tugendhat ruled the women were making serious allegations – but the IPT had jurisdiction over their human rights claims.

He said claimants could bring elements of the claims to the High Court at a later date but only after the IPT had ruled.

He said: “Today the court has acknowledged that they have suffered the ‘gravest’ interference with their fundamental rights.

“It has nonetheless taken the view that the police are capable of authorising such grave interferences under RIPA.”

That is the Regulation of Investigatory Powers Act.

“Our clients will have to carefully study the judgement and consider an appeal on this issue,” he said.

Harriet Wistrich, a solicitor for the other claimants, said: “This decision prevents both the claimants and the public from seeing the extent of the violation of human rights and abuses of public office perpetrated by these undercover units.

“The claimants have already suffered a gross violation of their privacy and abuse of trust by the police.

“If the case is dealt with by the IPT they will be denied access to justice and may never discover why they were thus violated by the state.”

In written submissions lawyers for three women said Mark Kennedy had “encouraged them to become emotionally dependent on him and to publicise their intimate relationship with him widely amongst other activists and their own families.”

They said the cases “raise serious questions about police misconduct and the extent to which police officers can invade the personal, psychological, and bodily integrity of members of the general population.”

Mark Jacobs was working for the Met when he infiltrated a small group of activists in Cardiff until 2009, masqueradeing as a Northampton trucker.

“We became what I thought to be close friends,” Mr Fowler said.

“We hung out together and we used to go to punk gigs in Newport.”

He then vanished, having had a relationship with a 29-year-old he had known for three years in Cardiff.