The Question of the Future of the Revolution by Mao Zedong

Thanks to Kasama pointing to importance of this article for clarification about current debate over the future Revolution in Nepal.

And, by publishing it, Red Star ( Paper of the CPN Maoist) is affirming (and promoting) a commitment to continuing and deepening the revolution in Nepal — to leaping beyong the current anti-monarchist “substage,” and upholding further leaps to socialism. 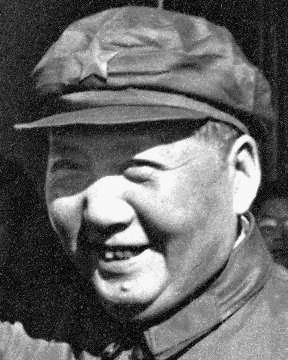 WIN THE MASSES IN THEIR MILLIONS FOR THE ANTI- JAPANESE NATIONAL UNITED FRONT May 7, 1937 [This was the concluding speech made by Comrade Mao Tse-tung at the National Conference of the Communist Party of China, held in May 1937.]

Some comrades have raised this question, and here I can only give a brief answer.

In the writing of an article the second half can be written only after the first half is finished. Resolute leadership of the democratic revolution is the prerequisite for the victory of socialism. We are fighting for socialism, and in this respect we are different from those who confine themselves to the revolutionary Three People’s Principles. It is the great future goal to which our present efforts are directed if we lose sight of the goal, we cease to be Communists. But equally we cease to be Communists if we relax our efforts of today.

We are exponents of the theory of the transition of the revolution and we are for the transition of the democratic revolution in the direction of socialism. The democratic revolution will develop through several stages, all under the slogan of a democratic republic. The change from the predominance of the bourgeoisie to that of the proletariat is a long process of struggle, of struggle for leadership in which success depends on the work of the Communist Party in raising the level of political consciousness and organization both of the proletariat and of the peasantry and urban petty bourgeoisie.

The staunch ally of the proletariat is the peasantry, and next comes the urban petty bourgeoisie. It is the bourgeoisie that will contend with us for leadership.

To overcome the vacillation of the bourgeoisie and its lack of revolutionary thoroughness we must rely on the strength of the masses and on the correctness of our policy, or otherwise the bourgeoisie will come out on top.

A bloodless transition is what we would like and we should strive for it, but what will happen will depend on the strength of the masses.

We are exponents of the theory of the transition of the revolution, and not of the Trotskyite theory of “permanent revolution’’. We are for the attainment of socialism by going through all the necessary stages of the democratic republic. We are opposed to tailism, but we are also opposed to adventurism and impetuosity.

To reject the participation of the bourgeoisie in the revolution on the ground that it can only be temporary and to describe the alliance with anti-Japanese sections of the bourgeoisie (in a semi-colonial country) as capitulation is a Trotskyite approach, with which we cannot agree. Today such an alliance is in fact a necessary bridge on the way to socialism.