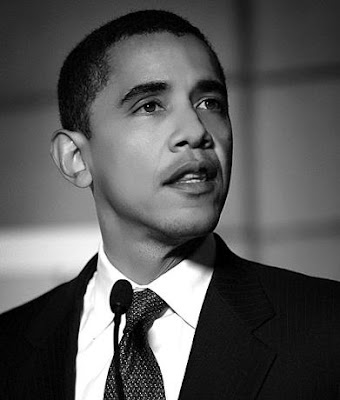 After the Democratic Party Republicrats so-called election euphoria and celebrating is over, the Obama / Biden Republicrat regime will get down to the business of placing the ongoing exploitation of the every day people of this nation on fast track.

The masses of Black Americans, along with the oppressed and exploited Brown, Red, Yellow, and White peoples of this nation will learn first hand that, notwithstanding the deceptive Obama rhetoric, exploitation nationally and internationally will be intensified.

The “clash between those who want freedom, justice, equality for everyone and those who want to continue the system of exploitation” about which Malcolm X referred, will be intensified under Barack Obama, with Obama representing the interests of the oppressors. The political contradictions in this regard will also be increasingly obvious.

Those so-called leftist and progressives who were and are collaborators with U.S. Empire will, for a time, try to pretend that their support of Barack Obama was not a sell out, and that they simply need more time to persuade the U.S. Empire’s colored corporate emperor to do the right thing. Meanwhile, Black, Brown, Red, Yellow, and White peoples will be enduring an unprecedented rate of economic and social suffering.

The anger of the people will ultimately peak and explode, as a result of having bought into false hope and raised expectations. This is precisely why the U.S. corporate government has already made military contingency plans to contain and massively quash dissention within the United States. Barack Obama will serve to provide his corporate / military masters with colored political cover for political repression in this nation; and he will have already provided a small respite of wiggling room for them in this regard.

Nevertheless, as brutal reality forces the proverbial scales of blindness to drop from eyes of the masses, it will become crystal clear that the supposed “change” to which Barack Obama referred in his campaign rhetoric, was nothing more than a vicious ruse of double-speak by him, backed by his corporate and military handlers.

Indeed, the emperor will be shown to “have no clothes.” But what of the fate of millions of Black, White, Brown, Red, and Yellow peoples inside the U.S.? How many horrible sacrifices will have been, and will yet need to be made by the people in order to get the boot of economic blood-sucking and political repression off their / our necks?


Extract from an article by Larry Pinkey in Black Commentator.com, he is a veteran of the Black Panther Party, the former Minister of Interior of the Republic of New Africa, a former political prisoner and the only American to have successfully self-authored his civil/political rights case to the United Nations under the International Covenant on Civil and Political Rights.