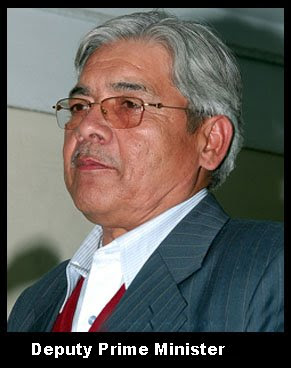 Deputy Prime Minister and Home Minister Bam Dev Guatam, who heads the special committee for army integration, has said the panel will not be reconstituted as demanded by some parties including the main opposition Nepali Congress (NC).

Speaking at the Reporters Club Tuesday, Gautam said even though the government is not ready to reconstitute the special committee it would try to bring the NC into it because the involvement of the NC would be significant to ensure the army integration process goes smoothly.

He also made it clear that the committee would go ahead with its work even if the NC refuses to join it. He said the peace process would no produce desired results if the army integration process goes wrong.

Expressing confidence that army integration process would be completed without hassle, he said the Maoist combatants would be integrated with the Nepal Army and other security agencies under the existing recruiting standards.

Apart from integrating them with security bodies, the Maoist combatants would be given career choices in other sectors, Gautam added.

Similarly, the Deputy Prime Minister defended his controversial drive against Kathmandu's night restaurants and street shops and said he was determined to give a sense of security to the general public.

He also called for dismantling of the youth wings of the Maoists and the CPN (UML).

"Youth Force [of UML] and Young Communist League should be dissolved immediately because they are taking law into their hands," Gautam, who is a standing committee member of the UML, said.

According to him, the Prime Minister has given him direction and authority to act tough against the unruly activities of YCL and YF.
Posted by nickglais on 11/04/2008 07:41:00 AM