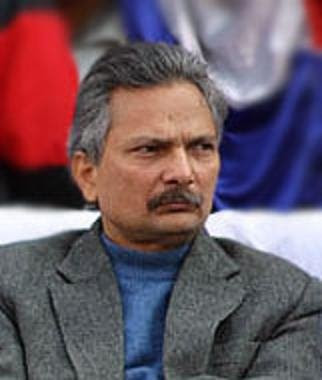 In what appears to be a remark made to take parties opposed to army integration process into confidence, Finance Minister Dr Babu Ram Bhattarai on Wednesday said that the merger of Maoist PLA with Nepal Army will not take place in violation of the Comprehensive Peace Accord signed between the seven-party alliance and the Maoists.

Speaking to reporters at Biratnagar Airport, Minister Bhattarai, who is considered no.2 leader inside the Maoist party, said that nobody has the right to talk against the peace pact, including those from inside his own party.

“Action would be taken against those from inside our own party who are found speaking against the peace pact,” he said, indirectly hinting at the inflammatory remarks made by some senior Maoist leaders against the peace accord and with whom he is going through a deep power tussle.
Posted by nickglais on 11/12/2008 06:05:00 AM