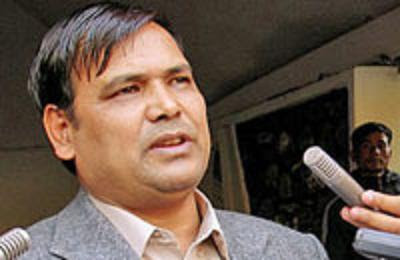 With central committee meeting of the CPN (Maoist) getting drawn out, the national cadres' conference of the party called for today to endorse the political document has been postponed till 8 am Wednesday.

The central committee meeting held at Kharipati, Bhaktapur, which was armed at merging the two papers presented by party chairman Pushpa Kamal Dahal 'Prachanda' and party's organisational department chief Mohan Baidya 'Kiran' as per the suggestions by party cadres, ended in the evening.

Speaking to reporters, party spokesperson Krishna Bahadur Mahara said the central committee decided to leave it to the national cadres' conference to decide on the political proposals. He said the CC was positive about presenting a single political document at the conference.

"The national conference will give a clear message of unity," he said.

"The central committee made very positive exercise on forming integrated documents," he said.

However, another Maoist leader Dinanath Sharma has said that chairman Prachanda's document will be presented at the conference on Wednesday after incorporating suggestions and recommendations."The conference will pass the document," he said.

Earlier in the morning, Dahal and Baidya held a meeting at Baluwatar to incorporate ideas from both the papers and make it one.

The final document will determine the strategies and future policies of the party. Majority of the 1200 senior cadres assembled in Kharipati have supported Prachanda's line.
Posted by nickglais on 11/25/2008 02:46:00 PM