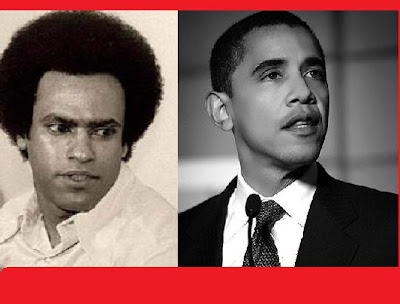 Democracy and Class Struggle publishes an extract from a statement of the Central Committee of the Poor Righteous Party of the Black Nation US Marxist Leninist Maoists exposing the Obama Imperialist makeover project of the US Empire.

"Contradiction, Comrade Huey P Newton taught is the ruling principal of the universe. No where is this as true as in the case of Obama, an contradictory or dialectical phenomenon He embodies, all in one place the very real contradictions of the current world system.

This aspect we call the principal aspect of the contradiction. What is principal aspect of the contradiction in Obama? We say it is moribund Western capitalism, US imperialism which is principal in Obama. Obama is not so much an individual but a social force, a alliance of classes under the leadership of one. Who does Obama represents? Obama represents the ascendant faction of the liberal fascist bourgeoisie that has gained mastery in the recent accumulation process–New Money.

In the secondary aspect Obama represents the maturation of the growing alliance of between the right-wing of the national bourgeoisie in alliance with the US imperialist bourgeoisie. This alliance is necessary in order to consolidate the long term growth of Black comprador class at the service of the reactionary intercommunalists, a la Colin Powell, Condalezza Rice, 50 cent etc. The growth of the comprador bourgeoisie weakens the old civil right national bourgeois and create a strong neo-colonial buffer between the white oppressor nation and the world majority of commodity-slaves."

There is a link to Poor Righteous Party of the Black nation under friends and comrades on the right of this page for the full statement
Posted by nickglais on 11/01/2008 08:56:00 AM