Wales’ desperate economic position has been underlined by new statistics showing families in Wales have the lowest levels of disposable income in Britain. 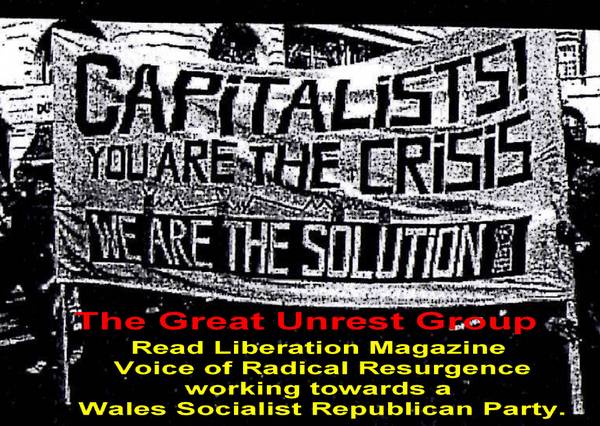 In its Statement on Thatcher and Thatcherism, The Great Unrest Group said the naked figures of the industrial closures belie the real devastation to communities built around over two centuries of coal mining and iron and steel making, the catastrophic collapse of employment in Wales in many communities saw the rise of a drug culture and crime which reflected the social hopelessness of the situation.

Wales’ desperate economic position has been underlined by new statistics showing families here have the lowest levels of disposable income in Britain.

The analysis by the Office for National Statistics (ONS) found individuals in Wales were left with £14,129 after tax and benefits were taken into account, according to one of the key indicators used to assess the economic health of a region.

That’s below the levels for England and Scotland, where individuals have, on average, a significantly higher level of affluence – at £16,251 and £15,654 respectively.

Meanwhile, many families in Wales are heavily reliant on benefits to fund their cost of living.
This comes as official data today will indicate whether the UK’s economy has entered a triple-dip recession.

According to the ONS: “In both 1997 and 2011 [Wales] received the largest share of social benefits and social contributions as a proportion of total incomings, at 22.4% and 25.8% respectively. London received the smallest proportion in these years.”

In both years Wales also had the lowest level of income earned through “productive activity” such as pay and proceeds from property, falling from 72.1% in 1997 to 67.8% in 2011.

Labour claimed people in Wales were facing a “cost of living crisis” while Plaid Cymru called on the UK Government to pass a new law that would commit it to levelling out the British economy.

Taking the UK as a whole, Northern Ireland was the only nation to perform worse than Wales, with a figure of £13,966.

Disposable income per head in Wales ranged from £13,081 in the Central Valleys to £15,318 in Monmouthshire and Newport.

The results come on the eve of the latest GDP figures which will show whether Britain has slipped into a triple-dip recession. The most recent unemployment figures showed 8.2% of the workforce were out of work – down 11,000 on the same period in 2012.

The wretched state of the jobs market in Wales was illustrated on Wednesday as hundreds queued through the morning to attend a jobs fair in the centre of Cardiff.

The ONS report highlights the weakness of the Welsh economy, stating: “In 2011, business deaths only exceeded business births in Wales and Northern Ireland.”

Shadow Welsh Secretary Owen Smith said coalition policies were damaging prosperity.
He said: “These figures show that households across Wales have some of the lowest levels of disposable income of anywhere in the UK and that the Tory-led Government is making things worse, both directly and through their total mismanagement of the economy.

“The Tory VAT hike has added £450 a year to household bills, hundreds of thousands of Welsh families are being hit by real-terms reductions in tax credits and the government is doing nothing to address rising energy costs.

“At the same time, real wages are falling as George Osborne presides over a no-growth economy. Osborne and the Tory-led government need to recognise that families in Wales are facing a cost of living crisis and to urgently do something about it.”

Plaid Cymru Treasury spokesman Jonathan Edwards said: “These figures are a damning indictment of the failures of unionism and of the economic incompetence of successive Tory and Labour Westminster governments...

“This polarisation of wealth means that we are now living in the most unequal state in Europe and shows the clear need for a Wealth Fairness Bill – something Plaid Cymru will be calling for in the upcoming Queen’s Speech.

“A Bill of this kind would legally compel the UK Government to gear economic policy towards levelling out wealth incomes and economic opportunity across the British state, moving it away from a concentration of riches in London and Southeast England.

“Such a Bill will also underpin any negotiations in the event of a hung parliament following the 2015 General Election.

“These figures show why it’s so important to devolve job-creation levers to Wales as soon as possible – and why it was such a disgrace that the three London parties voted down Plaid Cymru’s finance bill amendments last week.”

The findings also throw light on the economic disparity between parts of Wales.
The figure for disposable income per head in East Wales was 92% of the UK average compared with 85.8% in West Wales and the Valleys.

Janet Jones of the Federation of Small Businesses in Wales said: “Tellingly, the figures released today show that such social benefits and contributions accounted for a higher percentage of overall income in Wales than in any other nation or region of the UK.

“If we are to get a proper picture of the strength of the economy in Wales we should not be looking at GDHI figures which are now more than a year out of date, but quarterly GDP figures for Wales.
“Such figures exist for Scotland but the Welsh Government has yet to commission these important statistics for Wales.”

It takes the Conservatives to turn a Welsh defeat into a victory, These Unionist Sons of Thatcher are responsible for systematic destruction of the two hundred year old twin pillars of the Welsh Economy - The Iron and Steel and Coal Industry. (DCS Comment)

Conservative Welsh Secretary David Jones said: “It is encouraging to see that, over the last two years, the gap in GDHI per head in Wales relative to the UK average has narrowed. Despite a slow down in growth compared to 2010, I am also pleased that Wales had the third largest increase in GDHI per head of all the English regions and devolved nations.

“Wales is in a global race for economic success and it is vital that we do everything we can to help secure that success. The future growth of the private sector in Wales is crucial in supporting that aim.

“This week, I will be visiting companies in Swansea and Neath Port Talbot who are demonstrating that there is scope to succeed in difficult economic times. Since the end of the first quarter of 2010, 35,000 private sector jobs have been created in Wales.

“The measures announced in this year’s Budget are also supporting aspiration for the people of Wales. The increase in personal allowance will benefit 1.1 million people in Wales and lift 12,000 out of income tax altogether.

“In total, increases to personal allowance by this Government have taken 130,000 out of income tax altogether in Wales. We are on the right track, but more needs to be done to encourage economic growth.” 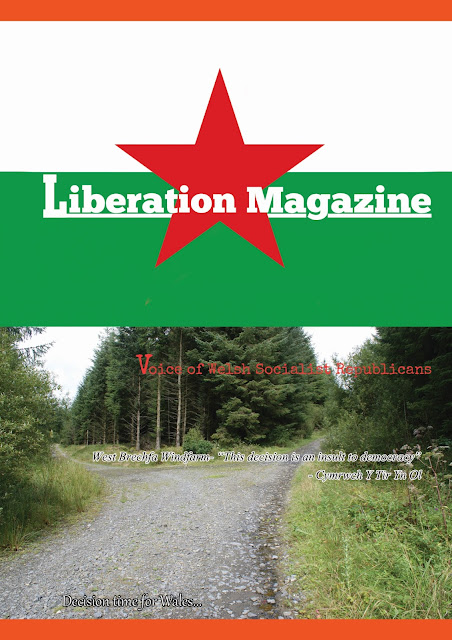 TO BUY YOUR COPY VISIT HERE :

Greetings from California! I'm bored to tears at work so I decided to browse your blog on my iphone during lunch break. I enjoy the information you provide here and can't wait to
take a look when I get home. I'm amazed at how fast your blog loaded on my mobile .. I'm not even
using WIFI, just 3G .. Anyhow, wonderful site!