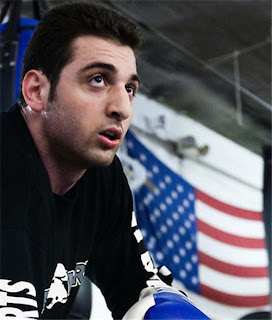 The Russian newspaper cites documents produced by the Counterintelligence Department Ministry of Internal Affairs of Georgia confirming that the NGO “Fund of Caucasus” held workshops in the summer of 2012 and Tsarnaev attended.


Below we publish Rachel Maddow attacking Alex Jones and Right Wing Conspiracy theorists so you can see view of US Liberals on the Boston Bombings.


Clearly you do not have to be an Alex Jones or a right wing conspiracy theorist to question the official story around the Boston Bombing, this is already been done by Craig Murray a former UK Ambassador to Uzbekistan.

The information from Izvestia and the CIA Jamestown Foundation Link with Tamerlan Tsarnaev should jolt people into thinking all is not has it appears.

We at Democracy and Class Struggle do not know the reasons and the organisation behind the Boston Bombing but we do know that the current official explanation is not credible and the Rachel Maddows rant against Alex Jones brings us no nearer the truth.

Sibel Edmonds brings us nearer to the truth than Rachel Maddows

THIS  LATEST INTERVIEW WITH SIBEL EDMONDS ON TSARNAEV BROTHERS HELPS US UNDERSTAND THE DYNAMICS OF THE BOSTON BOMBING IN CONTEXT OF GEO POLITICS - THE BIG PICTURE.