Democracy and Class Struggle from Wales salutes the struggle of the Filipino people for National and Social Liberation on 40th Anniversary of National Democratic Front. 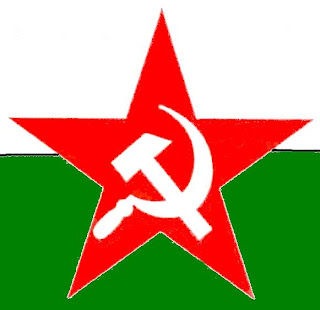 Democracy and Class Struggle from Wales salutes the struggle of the Filipino people for National and Social Liberation.

The establishment of the National Democratic Front on the 24th April 1973 is a milestone in that struggle of the Philippine People for Independence in its struggle against Imperialism.
The fact that the NDFP is found in 70 out of the total 81 provinces in the Philippines. The Communist Party of the Philippines, New People's Army and 15 other allied organizations of the NDFP operate in more than 100 guerrilla fronts throughout the country is a testament to your brave and honest struggle since the founding of the NDF in 1973.
We salute your past victories and wish you future success - The Liberation of the Philippines the aim of Filipino patriots is also shared by anti imperialists the world over.
Your victory in the Philippines will contribute to the final overcoming of Imperialism and the Liberation of all oppressed peoples all over the world.
Posted by nickglais on 4/23/2013 01:13:00 PM