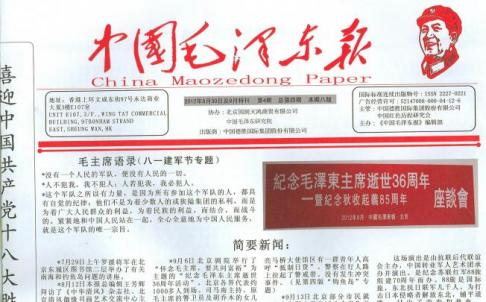 New guidelines in China that ban statements that criticise Mao and call for the removal of journalists and educators who are not loyal to the party are currently being harmonised by censors.

The text originated from China Mainstream Culture website and was picked up by the  Red Song Society forum, which then circulated it on Sina Weibo.

"From now on, no criticism of Marxism, Leninism and Maoism can be allowed to openly appear in the media," the account reads. These theories were the foundation of China's political system and could not "be casually disavowed by some people".


Democracy and Class Struggle has been aware of internal contradictions in China on these questions for the last few months but the speed of the new ideological direction has taken us by surprise, we attribute part of it to external aggressive US military and economic policies pursued under the new US Asian Pivot strategy.

The new Strategy of Tension of the US and South Korea and Japan  Vis a Vis China and North Korea is seriously backfiring has China asserts itself..

The above statement on Mao is consistent with statements of Xi Jingping which we have covered recently. like “Mao Zedong’s era of revolutionary socialism should not be dismissed as a failure.”

We will continue to study developments has they unfold but we are beginning to see a new strategic position emerge from China vis a vis the United States. 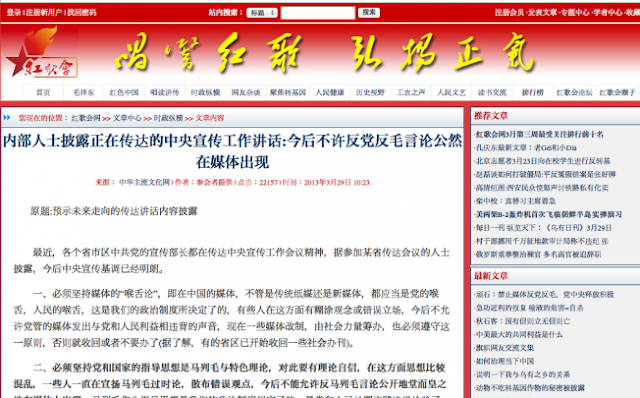