The Great Unrest Group Statement for a Welsh Socialist Republican Party on why Wales must bury Thatcherism and not just Thatcher. 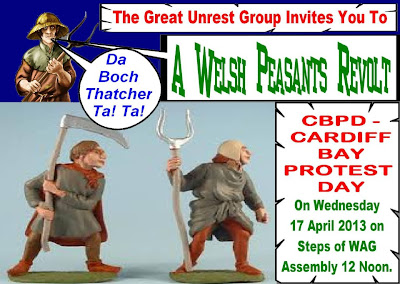 Thatcherism swept away the twin pillars of heavy industry on which the Welsh economy had rested for two centuries – iron and steel and coal and devastated Wales in a few decades.

Thatcher and Thatcherism are words that mean free market neo liberal capitalism and unless we confront and defeat the Thatcherite mantra of marketization and privatisation we will not reverse Welsh economic decline.

The privatisation of the steel industry in 1988 led to the closure of works at East Moors in Cardiff, Shotton in North Wales and Ebbw Vale which had in the mid Sixties employed 10,000 men.

The contraction of the steel industry progressed slower compared to the rapid disappearance of coal.

After the 1984-85 miners’ strike the rate of closure accelerated.

The last deep mine in South Wales, Tower, closed a year later.

Nor was rural Wales safe from Thatcher policies.

Thatcher's championing of private home ownership and the consequent rise in house prices enabled many from more affluent parts of Britain to buy second homes in rural Wales or move there permanently to live off their property market windfalls.

The result was an intolerable strain on the Welsh language heartland and its culture.

However the naked figures of the industrial closures belie the real devastation to communities built around over two centuries of coal mining and iron and steel making, the catastrophic collapse of employment in Wales in many communities saw the rise of a drug culture and crime which reflected the social hopelessness of the situation. 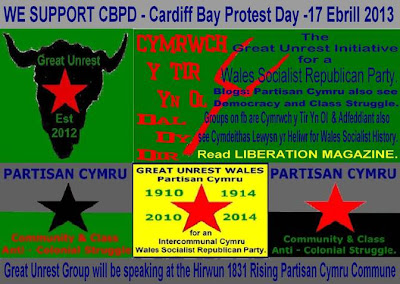