Farmers Rally in Barnala in the Punjab 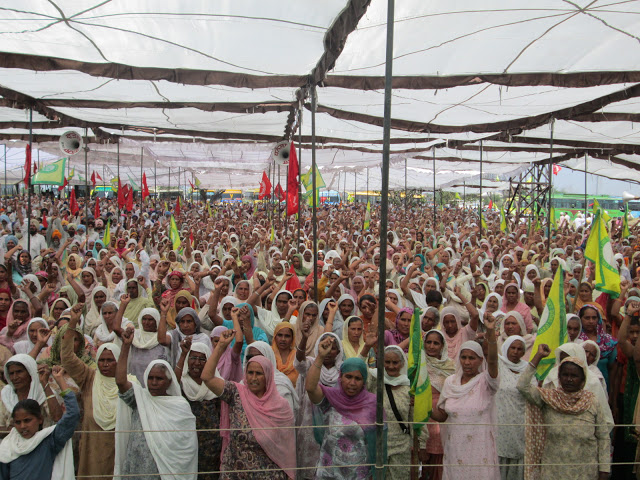 Hundreds of farmers and their families gathered on April 5th to discuss issues related to them on Friday at a state-level conference in Barnala.


Protesting against mass arrests in March — ahead of the proposed protest by farmer union — a state-level rally was organised by Bharti Kisan Union (Ekta) and Khet Mazdoor Union in Barnala on Friday.

Farmers had gathered in Fatehgarh Channa village, where they had started their protest against land acquisition, a few years back.

The farmers announced they would protest against the 'repressive' attitude of the state, because last month, the government had arrested more than 2,500 farmer union leaders against their proposed rally in Chandigarh regarding their pending demands.

Union chief Sukhdev Singh Khokri Kalan said, "We are against the Centre and state government regarding the land sealing act and also oppose the decision of the state government that village panchayats need to give 5-acre land to private schools in their respective villages," Kalan said.

The Khet Mazdoor union members on Friday demanded waiver of domestic bills of electricity and asked for housing scheme for the poor.

The Bharatiya Kisan Union (Ugrahan) and Punjab Khet Mazdoor Union had organised the event at Fatehgarh Channa village in this district. “We gathered to demand proper implementation of land reforms, besides compensation of Rs. 5 lakh and a government job each to close relatives of the farmers who committed suicide,” said BKU state president Joginder Singh.

The other demands related to the sanction of plots to landless farmers, and waiving farm loans and electricity payment arrears without condition. “The state and the union government had infringed upon the rights of farmers to benefit capitalist business powers such as big entrepreneurs and multinational companies,” said Joginder Singh.

The agricultural trade unions asked for more subsidy to agro-based occupations, better education and health facilities for farmers, and the improvement of public distribution system.

Sukhdev Singh Kokri Kalan, general secretary of the BKU, said the police should stop disrupting farmers' rallies and protests at the government's behest. 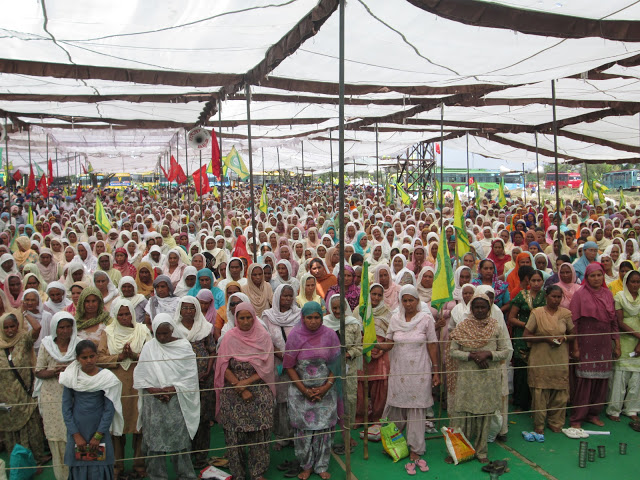