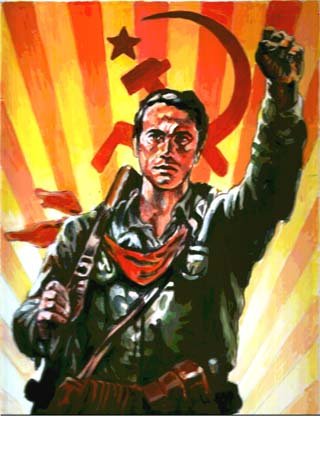 Below are some videos of the Art of the First Wave of Socialist Revolutions in the 20th Century and you can still feel their power today when you watch them.

In the 21st Century now that a second wave of Socialism is beginning to emerge spearheaded by developments in Nepal and India and the Philippines these movements have developed their own revolutionary Culture and Art.

In the recent Uprisings in North Africa Rap Music was important in Tunisia and Revolutionary Arabic Poetry is important in Egypt.

It is Revolutionary Culture and Art that gives depth and strength to the movement for Democracy and Socialism.
Posted by nickglais on 2/16/2011 03:55:00 PM