Egypt and Tunisia: Toward the African Revolution ? 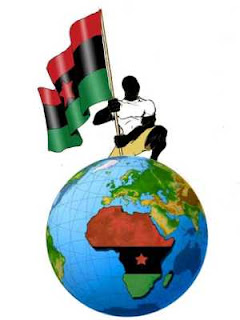 Democracy and Class Struggle publish this article not because we agree with the views of the writer but because it challenges the one dimensional  view of the current North African Revolutions and has we have stated elsewhere we see a multi dimensional impact of the unfolding of events in Tunisia and Egypt.


Not since the 1960s has the idea of a common Arab identity seemed more real. The Tunisian and Egyptian revolts were quickly defined as Arab uprisings; sure enough, these historic events have already reverberated in Yemen, Jordan, Syria, and even Saudi Arabia.

But Tunisia and Egypt can also be described as African countries, and not just because of their geographic location. The nations of North Africa have been imagined as African by some of the region's political and intellectual luminaries. Even Gamal Abdel Nasser, Egypt's leader from 1956 to 1970 and an eloquent paladin of pan-Arabism, invoked the African element of Egypt's identity.

In his brilliant "Philosophy of Revolution," written in 1954, Nasser described Egypt as part of three separate spheres -- Arab, Islamic and African -- and aspired to lead Africa's struggle for freedom. Frantz Fanon, the most-important theorist of Algeria's independence movement, viewed that country's revolution as the vanguard of a broader African revolution. In the imaginations of Nasser and Fanon, Africans were united by a common enemy: European colonialism. A half-century later, African nations are still joined together by common problems: youth unemployment, rising food prices and regimes that hold elections but often fail to transfer power to opposition leaders.

Given Tunisia and Egypt's hybrid identities, do their popular revolts mean anything for Africa, south of the encroaching Sahara? There are two ways to consider this question: First, will Africans seek to influence the unfolding events in North Africa? And second, will the winds of change blow south?

Thus far, the response of African politicians to the revolts in Tunisia and Egypt has been muted. There have been no official declarations by African leaders, either individually or collectively through the African Union. Even the 16th African Union summit, held in Addis Ababa on Jan. 30-31, failed to produce a statement on the ongoing turmoil.