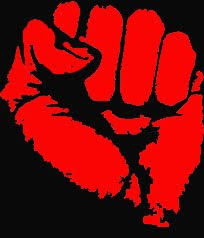 PAYING TRIBUTE TO PIERRE OVERNEY IS TO CONTINUE HIS REVOLUTIONARY STRUGGLE ! LETS GATHER FEBRUARY 26, 2011, AT 10 AM METRO PERE LACHAISE IN PARIS

Friday, February 25, 1972, 2.30p.m. It is the release of the morning shift. Zola door, a dozen of Maoist militants, including fired workers of Renault, distribute leaflets calling to an antifascist demonstration at 6.30 p.m., metro Charonne. It is held to remember the protesters killed Feb. 8, 1962 at Metro Charonne by the Flying Squad of the police during the demonstration to protest against racist crimes of the fascists of the OAS. That evening, February 25, 1972, the police will act with the same violence. Luckily, there is no death. Pierre Overney was shot because he was a Maoist and the Maoists denounced racist crimes (nearly 150) that targeted immigrant workers, but also because the immigrants and the Maoists organised in the Struggle Committee refused the dismissals that began in Renault Billancourt. 20 years later, the factory will be permanently closed and staff laid off. Today, racism and fascism are not dead, layoffs either. Fascism, already denounced at the time, is now wearing new clothes, those of the fascism of our time: the modern fascism. This is possible because the bourgeoisie has not yet need of old time fascism because it has no more in front of it neither the USSR nor the powerful communist parties. Today, the line of the old communist parties is social democratic, conciliatory, like union leaders. Already the Maoists at the time complained that spirit of conciliation with the bourgeoisie, which led to today's situation. The bourgeoisie now needs fascism, which advances under the mask of bourgeois "democracy", to take back what the workers had grab from struggle. The bourgeoisie is attacking all the achievements of the labor movement, paid by the price of blood and tears. Fascism advance without real political opposition challenging the capitalist system and with a project to destroy it. The militarized police state is growing, spurred by the gadfly's National Front, while in the shadow the neo-fascists and neo-Nazis are multiplying. Conciliators hinder the labor movement, confusing political and paving the way to fascism. Faced with this situation that requires a takeover of the revolutionary struggle, the Maoists are now taking back the red flag dragged in the mud by the bourgeoisie and the renegades.The peoples wars are growing in Peru, India, Bangladesh, Philippines and Maoist parties are being reconstructed in many countries from South America to Europe. To celebrate the memory of Pierre Overney is to assume the legacy of the labor movement, frome Paris Commune to the current struggles, whose relationship is so pronounced here at the Pere Lachaise cemetery where the Communards were shot and where our comrade Overney is buried.
THE CAUSE OF THE PEOPLE FOR WHICH PIERRE OVERNEY DIED IS ALIVE !


PARIS COMMUNE IS NOT DEAD !


PAYIN TRIBUTE TO PIERRE OVERNEY IS TO CONTINUE HIS REVOLUTIONARY STRUGGLE !