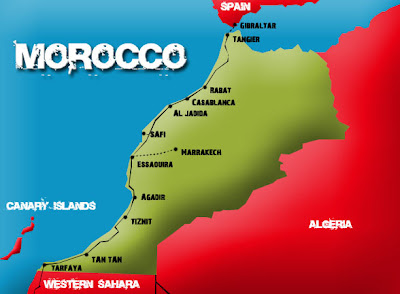 The call for a mass protest in Morocco on February 20 is increasing in strength and popularity and many expect it to draw larger numbers than recent protests in the North African country.

The opposition group “Freedom and Democracy Now” is organizing the rally by addressing young people on social networks such as Facebook and Twitter, similar tactics to that of the Egyptian and the Tunisian revolutions.

Moroccan opposition forces are calling for constitutional reforms and “real” democracy. Thousands have already joined the call online, announcing their participation in the big day.

Many opposition members accuse the monarchy of granting many privileges to their closest circles and giving political power to the nation’s elite.

On Wednesday, Moroccan public sector workers achieved an 80 percent participation rate, according to a La Rédaction report on Thursday. The strike was called for by the Civil Servants Union.

Another 1,000 protesters took to the streets of Rabat on Thursday to demand more jobs and better opportunities, especially for young people.

Khalid Nacery, Morocco’s Communication Minister told the press that “the government was showing a lot of willingness in trying to solve the issue of unemployment.”

Naciry added that the government takes the problem of unemployed graduates “very seriously” and is trying to provide solutions as rapidly as possible.

On Thursday, Naciry affirmed the government’s determination to address the social demands of workers, MAP reported.

Even so, the parliament has little power as the King appoints the government, opposition activists argue. Any reform projects must be approved by the king.

15 percent of Moroccans live under poverty line, meaning they live roughly under a $1 a day.