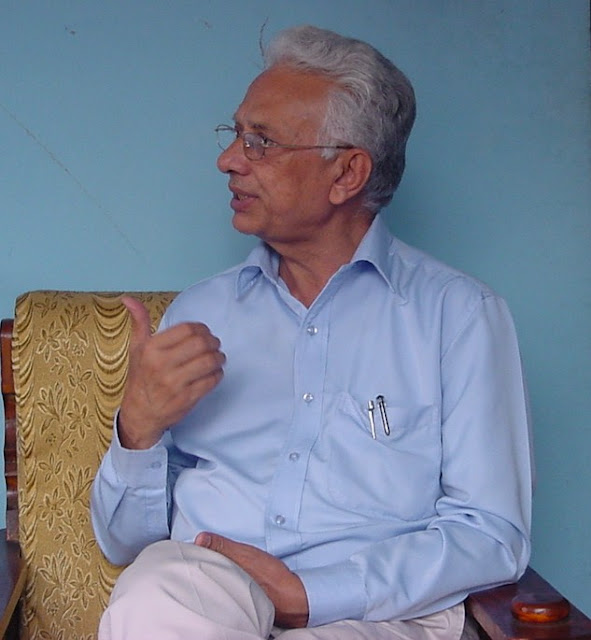 CP Gajurel `Guarav' is Secretary of Unified Communist Party of Nepal (Maoist), the single largest party in Nepal. Despite the fact that it is the largest party, a champion of national agenda at present and a party to the overall peace process, the other parties are against supporting it to lead the new government.

The party is also undergoing a two-line struggle.  Given this, Editor of The Red Star, Kumar Shah, talked with Maoist Secretary Guarav.
Interview with Comrade Guarav:
How is the possibility of the formation of the new government in your party leadership accepting all the preconditions set by Nepali Congress asnd CPN-UML?
Our party's standing committee meeting has already discussed the matter and concluded that it is illogical to deal with the issues related to army integration in such a way that means an exchange of the government leadership with the integration of the two armies. Our party has decided to reject any such conditions for securing support from NC or UML for our party to lead the new government