Mubarak blames everyone except himself for the crisis - no resignation 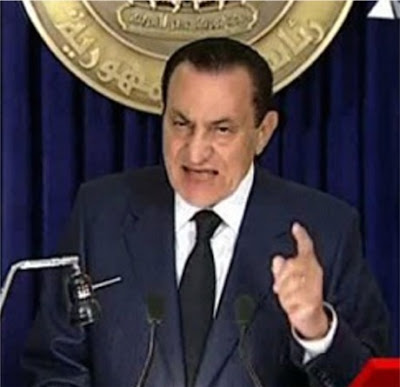 The Egyptian People to protect themselves and their country must take immediate action with rank and file soldiers to pre empt any section of the military launching an attack on the demonstrators or use of "third party" thugs to justify "law and order" coming from sections of the Egyptian elite that has rallied to Mubarak.

Without military and elite support he could not make such an insulting speech to his own people. The answer to the elites is millions on the streets tomorrow. The situation before Mubarak's speech was volatile now in the words of one commentator it has become volcanic.