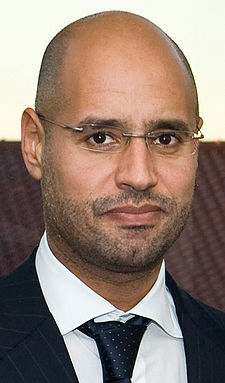 Saif Islam Gaddafy, son of Gaddafy speaks on Libyan TV of the danger of Civil War and break up of Libya into three parts. He says there are 84 deaths in Libya not over 200 has in world media. He acknowledges that opposition forces are also armed not just with guns but tanks.

He calls for peoples conference and constitution.

No indication that his father has left the country.