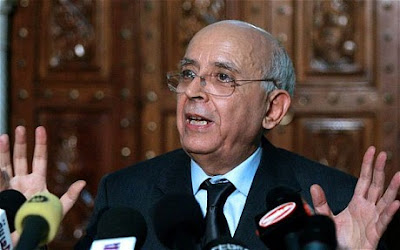 Tunisian Prime Minister Mohammed Ghannouchi has announced on state TV that he is resigning - a key demand of demonstrators.

He was speaking at a news conference in Tunis, after making a lengthy speech defending his record in government.

Mr Ghannouchi is seen as being too close to former President Zine al-Abidine Ben Ali, who was toppled in an uprising last month
Posted by nickglais on 2/27/2011 11:12:00 AM