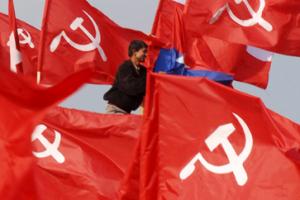 Ultimately, the political situation seems to enter to the new process after the withdrawal of Ram Chandra Poudel’s candidacy for prime minister. As Unified CPN (Maoist) and CPN-UML stood together against him, Poudel preferred to withdraw rather than get defeated in 17th round of the election. The legislature-parliament will, as agreed by the political parties, adopt new procedure after amending the parliamentary regula tions regarding the election of the prime minister which will give Nepal a new government.
If the other parties disagree to the largest party’s second option, the Maoist leadership has clearly said that the party is ready to remain in the opposition. Maoist leadership is trying to bring all the parties into consensus and take the peace process to the logical end, and conclude the remaining tasks of constitution-making. Being responsible to peace and constitution, the largest party also reached an agreement with the government on forming an alternative mechanism for monitoring army and arms that was being done by UNMIN.
However, the rightist force of the nation seems to lose this time. The nationalist and progressive force within UML has stood bold against the righist faction. Failure of the attempt to elect Ram Chandra Poudel is a serious blow to the rightist faction. The Madhesi parties have also polarized as rational nationalists and national betrayers. The foreign intervention seems failing because of the Maoist strength. The Maoist Party has got unified on the tactical line and forward moving- program. The central committee meeting has approved the document which will lead the whole party towards its targeted goal.
The UCPN (Maoist) has been effortful to form a government of consensus with the participation of all the major political parties. The overwhelming desire of the people is a consensual government under the leadership of UPCN (Maoist), the largest political party in the country. Many do believe that tasks of taking the peace process to the conclusion and writing of a constitution can only be performed when there is a government under the leadership of the largest party and its chairman Prachanda. It has been proved that the country cannot go forward as long as the other parties disregard the Maoist party’s stance for consensus.
On the other hand, the rightist factions of Nepali Congress and UML along with other fringe par- ties are trying to keep intact the so-called left-democratic alliance to sideline the Maoists. Caretaker Prime Minister Madhav Nepal and UML leader KP Oli tried their best to elect Ram Chandra Poudel even intruding the decision of UML’s central committee. When their attempt didn’t succeed, they asked Poudel to withdraw his candidacy.
The parliamentary parties have no option other than to agree on the Maoist-led new government if they really want to see peace and constitution writ ing process completed. The people have no faith in the parliamentary parties. They have realized that the 21 months after the formation of government under the leadership of Madhav Kumar Nepal has been just a waste. In a recent media survey, about 74 percent of participants express their view on the need of consensual government under the leadership of the Maoist Party. Thus, the solution of the present deadlock is a patriotic and progressive alliance against all type of retrogressive and status quoist forces and reactionary elements.

READ PRACHANDA ON PEOPLE'S REVOLT IN THIS ISSUE OF RED STAR