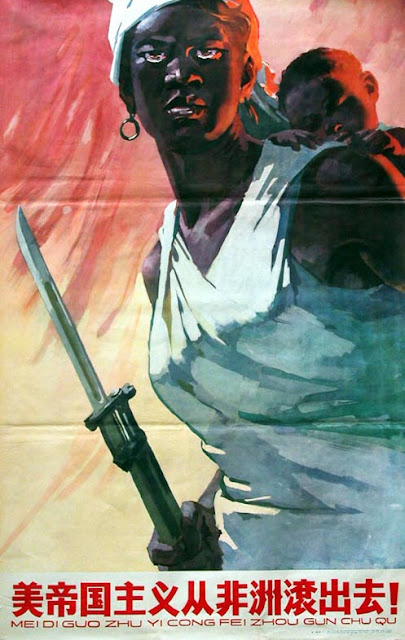 Democracy and Class Struggle publishes this text prepared by Indian comrades on the Path to Revolution for Colonies and Semi Colonies for a discussion on the New Democratic Revolution in view of current Global developments especially the upsurge of peoples struggle in the Arab World..


Immediately after the establishment of the Chinese Peoples’ Republic the international communist movement gave open recognition to the significance of the Chinese path of revolution, for the colonies and semi-colonies. In the 27 January, 1950, editorial of For a Lasting Peace, For a People’s Democracy, the organ of the Cominform, it was stated, “The path taken by the Chinese people… is the path that should be taken by the people of many colonial and dependent countries in their struggle for national independence and people’s democracy.

“The experience of the victorious national-liberation struggle of the Chinese people teaches that the working class must unite with all classes, parties, groups and organisations willing to fight the imperialists and their hirelings and to form a broad, nation-wide united front, headed by the working class and its vanguard—the communist party…

“A decisive condition for the victorious outcome of the national-liberation struggle is the formation, when the necessary internal conditions allow for it, of people’s liberation armies under the leadership of the communist party.”

Thus, the universal applicability of Marxist-Leninist theory developed by Mao—i.e. Mao Tse-tung Thought—was recognised, and began to become the guideline for genuine revolutionaries throughout the world, particularly in the colonies and semi-colonies.

According to Mao the revolution in the colonies and semi-colonies would not follow the path of insurrection followed by the Russian Revolution where the main cities were captured first and then control taken over the countryside. He showed the Chinese path of protracted people’s war which involved the areawise seizure of power in the countryside, the building of guerrilla zones and base areas and the final encircling and capturing of the cities. To achieve this Mao laid down the military principles of revolutionary war. He taught how to build up the Red Army, which was an absolutely necessary weapon of the revolution. Starting from guerrilla warfare and then moving to mobile warfare and finally to positional warfare, Mao showed the way how a small force can rely on the vast masses to build up the forces needed to defeat a formidable enemy.

This new-democratic republic he said would be different from the old European-American form of capitalist republic under bourgeois dictatorship which is the old democratic form and already out of date. On the other hand, it would also be different from the socialist republic of the Soviet type under the dictatorship of the proletariat. For a certain historical period, this form too was not suitable for the revolutions in the colonial and semi-colonial countries. During this period, therefore, a third form of state was necessary to be adopted in the revolutions of all colonial and semi-colonial countries, namely, the new-democratic republic under the joint dictatorship of several anti-imperialist classes. Since this form suits a certain historical period it is therefore transitional. Nevertheless, according to Mao, it is a form that is necessary and cannot be dispensed with.

This state was established after the victory of the Chinese Revolution in the form of the People’s Democratic Dictatorship. Mao explained the essence of the people’s democratic dictatorship as the combination of two aspects – democracy for the people and dictatorship over the reactionaries. The people are the working class, the peasantry, the urban petty bourgeoisie and the national bourgeoisie. These classes, led by the working class and the Communist Party, unite to form their own state and elect their own government; they enforce their dictatorship over the running dogs of imperialism—the landlord class and bureaucrat-bourgeoisie, as well as the representatives of those classes.

Mao further pointed out that the Communist Party had to lead the process of transformation of the People’s Democratic Dictatorship into a Socialist State. The people’s democratic dictatorship, led by the proletariat and based on the worker-peasant alliance, required that the Communist Party should unite the entire working class, the entire peasantry and the broad masses of revolutionary intellectuals; these are the leading and basic forces of the dictatorship. Without this unity, the dictatorship cannot be consolidated. It is also required that the Party unite with as many as possible of the representatives of the urban petty bourgeoisie and national bourgeoisie who were ready to co-operate and with their intellectuals and political groups. This was necessary to isolate the counter-revolutionary forces. If this were done it would be possible, after the victory of the revolution, to speedily restore and develop production, cope with foreign imperialism, steadily transform a backward semi-colonial agricultural economy into an industrial country and build up a socialist state.