First Anniversary of the Haiti Earthquake - Demonstrate at the US Embassy London on Wednesday the 12th January 2011 between 4.00pm to - 6.30pm 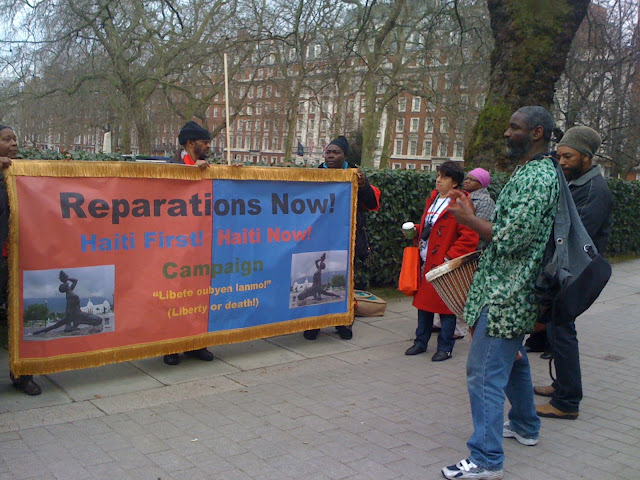 After the devastating January 2010 earthquake in Port-au-Prince, Clinton became co-chair of Interim Haiti Recovery Commission. He is now the country’s neocolonial overlord.


He has betrayed all his humanitarian promises and failed to collect even a fraction of the promised $10 billion for reconstruction. And his reconstruction plan is the same free market plan he has been touting since 2004. He is putting Haiti up for sale to multinational capital.


On this first anniversary of the Haiti earthquake the last thing Haiti needs is more “help” from Bill Clinton and the US.
Instead, the US and other imperial powers including the UN should get out of Haiti and pay reparations so that Haitians can rebuild their country in their own interests.
Come to the demonstration on Wednesday 12th January 2011 between 4pm and 6.30 pm organised by :
Haiti First - Haiti Now !
supported by :
The Pan African Society Community Forum
Free Mumia Abu-Jamal Defence Campaign UK
The PanAfrikanVoice