Solidarity with the Tunisian revolt ! by Press Bureau of the Communist Party of Greece ( Marxist Leninist) 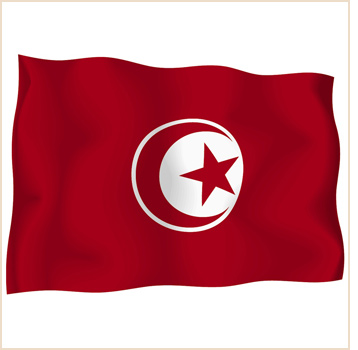 The sacrifice of a small peddler who set himself on fire on the 17th of last December after having his wares confiscated because he had no “permit”, has sparked a widespread fire on all cities of Tunisia. For a month now the people of this country, with the youth in the forefront, are revolting against the reactionary and autocratic regime. This revolt that started as anger against high prices and unemployment but also against political repression was quickly transformed to a political confrontation and demand for the overthrow of the president and his reactionary regime.

The response of the reactionary forces was the intensification of the repression with 70 dead, hundreds of wounded and widespread arrests of communists and leftists. But the people goes on and escalates his demonstrations so the president Zine al-Abidine Ben Ali, a lackey of the western imperialists, is forced to flee the country and the PM Mohammed Ghannouchi announces that he will lead the country to elections, in order to disorientate the people and stem the popular resistance. But the popular masses and the youth insist on their resistance although the regime deploys the army and tanks in order to suppress the popular revolt.

The Communist Party of Greece (marxist-leninist) expresses its solidarity with the fighting people of Tunisia and calls all left forces of our country to support jointly the struggle of the Tunisian people and demand the release of all political prisoners.