The police have arrested Comrade Hamma Hammami, the spokesman of the Tunisian Workers Communist Party, 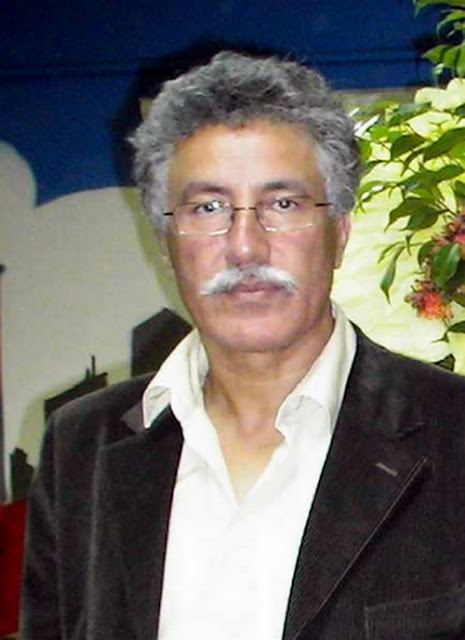 The police arrested Comrade Hamma Hammami, the spokesman of the Tunisian Workers Communist Party, after storming his house this morning. This detention comes following a statement which went by the Labour Party to the people of Tunisia and the forces of democracy, calling them to “consolidate the rows on the replacement joint for the system of tyranny” and calling for “the departure of Ben Ali on the power and the resolution of governance institutions the current image and the formation of an interim national government organizes and supervises the elections free and fair stems from a constituent assembly task under a new constitution for the country lay the foundations of the Democratic Republic of new and real dedicated people’s sovereignty and guaranteed in practice, freedom, democracy and respect for human rights, equality, dignity, and pursuing a policy of new economic and social national and popular availability of labor and the foundations of a decent living for all people’s sons and daughters and eliminate the root of corruption and cronyism and regional discrimination. ”

This arrest comes within the implementation of the threats announced by the Ben Ali in his latest speech, where he launched a campaign of repression against trade unionists, politicians and youth activists, including a number of party workers and supporters.

The Tunisian Workers Communist Party calls for the release of Kiedier Hamma Hammami, Ammar Amroussia and its militants and all the detainees immediately and holds Ben Ali and his regime fully responsible for what happens to their physical integrity.

These repressions will not discourage our party members from bearing their duties towards our people in this difficult period of struggle against dictatorship, and we are ready to make the necessary sacrifices for the liberation of our people. We renew our call to unite for the departure of Ben Ali and the establishment of a democratic system in the service of the people.