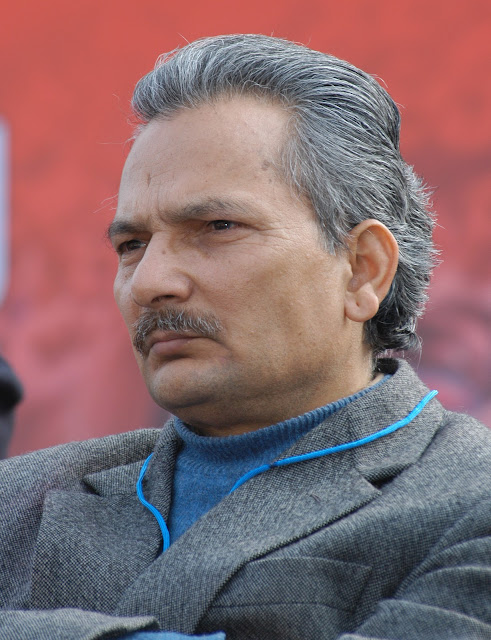 The senior politburo member of the Nepalese Maoist Party and former finance minister, was speaking at the Anuradha Ghandy Memorial lecture on ''The Road to New Democracy in Nepal- Problems and Challenges'', in south Mumbai this evening.

"We are on path of revolution and will remain so," he said.

Bhattarai said he was asked how he found time to attend the lecture despite hectic political activity in his country.

"If I cannot honour someone who laid down life for people, we don''t want prime ministership," he said. Nepal will soon see the 17th round to elect a Prime Minister.

In his message to ''revolutionary comrades'' in India, Bhattarai said, "we must join hands..our enemy is one -- the ruling class." "Till we are alive, we will be on path of revolution. We will usher in a new democracy," he said.

The Maoist belief is that the first priority should begiven to peaceful completion of social transformation, he said. "Our first choice is not revolution, it is peaceful development. But if that is not possible, we have to adopt armed struggle," he added.