Baburam Bhattarai taking risks for peace or being foolish ? 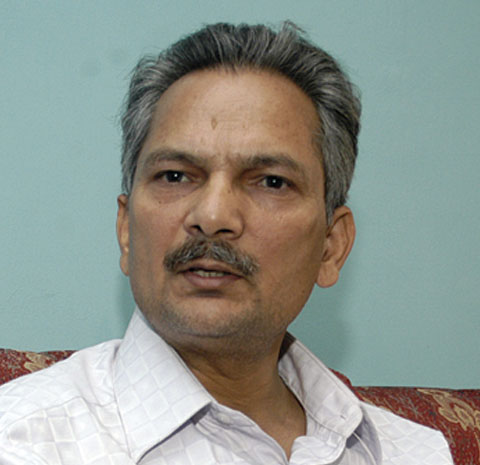 We publish reports on Barburam Bhattarai's recent visit to India in which he his trying to move the stalled peace process forward.
While we do not always agree with the political line of Barburam Bhattarai we denounce the nonsense coming from some Nepali media that he is an" Indian Agent".
Those trying to split the UCPN Maoist have had a recent rebuff has struggle - transformation - unity is the new democratic centralist way forward for communists in the 21st century and not struggle split has in the 20th century.

Barburam Bhattarai maybe many things, but one thing he is not is foolish, and we endorse his risk for peace even if we have problems with his political line.
Democracy and Class Struggle
8th January 2011
India won’t oppose Maoist-led govt: Dr Bhattarai
Maoist vice chairman Dr Baburam Bhattarai returned to Kathmandu Saturday completing a four-day trip to New Delhi.

Talking to media persons at the Tribhuvan International Airport on his return, Bhattarai said his visit was fruitful in knowing India's position towards the current political process in Nepal and the UCPN (Maoist) and explaining his party's views on India.

Bhattarai said it is baseless to suspect that India will not support new government under the Maoist leadership in Nepal.

"Indian leaders were of the opinion that they have no role in resolving internal issues of Nepal," he said, "I am quite optimistic that India will not intervene nor play any role in supporting or opposing any party in leading the new government."

He further said, "I found that India was serious about the political deadlock in our country and wants a prompt solution."

Bhattarai had gone to New Delhi at the invitation of the Vivekananda Foundation to address the Nepal Conference organised by it. Maoist standing committee member Barshaman Pun and leaders of other major parties also participated in the conference.

Bhattarai's New Delhi parleys coincided with the adoption of more aggressive position by the Maoist central committee towards India.

The recently concluded central committee meeting endorsed the combined political document of party chairman Pushpa Kamal Dahal and Mohan Baidya which recognises India as a chief adversary, and calls for "people's revolt" to establish "people's rule". Dr Bhattarai, who is accused of being close to India, is opposed to the revolt plan

Prachanda's position on India is correct. One does not understand why Baburam Bhattarai is cosying up to Indian comprador bourgeoisie.