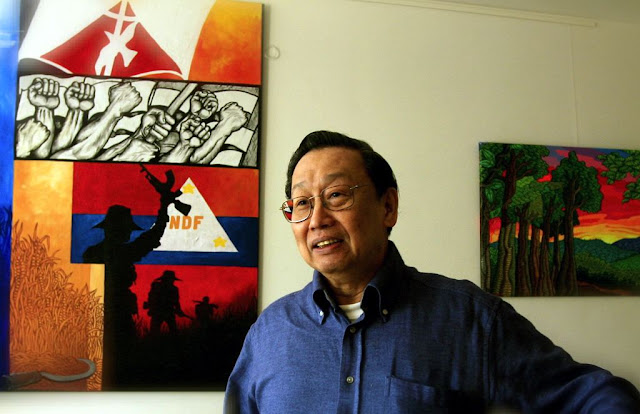 WE SALUTE AND CONGRATULATE THE PEOPLE OF EGYPT
FOR RISING UP TO OVERTHROW THE MUBARAK REGIME
By Prof. Jose Maria Sison
Chairperson
International League of Peoples' Struggle
January 30, 2011
The mass uprisings sweeping several Arab countries have shifted their focus from Tunisia to Egypt, a country much bigger in terms of land size, population (more than 80 million) and strategic value in the conflict between the US-Zionist combine on the one hand and the Palestinian and Arab peoples on the other hand and in the US global war of terror unleashing state terrorism, wars of aggression, occupation and the rendition of US foes to the torture chambers of Egypt.
Since January 25 tens of thousands of people have poured out into the streets of major cities of Egypt in order to demand the ouster of President Mohammed Hosni Mubarak and his ruling clique. They have defied the police and military forces even as more than 150 of the protesters have been killed and hundreds have been injured by US-made weapons. In a vain attempt to appease the people, Mubarak has reshuffled his cabinet and is maneuvering to stay in power or glide into a less disgraceful exit by a promise to allow new elections according to the US formula of transition to sham democracy.
At any rate, Mubarak is apparently on the verge of losing power. His ruling party headquarters has been burnt down. He has sent out of Egypt his closest relatives and a major part of their bureaucratic loot. The police have begun to abandon their posts in several cities. And various military units are showing either a friendly or hostile face to the people in the streets. There are indications that behind the scenes the US and the generals are trying to engineer a new arrangement.
We, the International League of Peoples' Struggle, salute and congratulate the people of Egypt for rising up and striving to overthrow the US-supported Mubarak regime which has long oppressed and exploited them. The people have courageously acted to repudiate the regime for its oppressiveness, its servility to US imperialism and its conformity to the US-dictated “neoliberal” economic policy which has brought about the high rate of unemployment, decline of the economy and breakdown of social services.
While the mass uprisings have been successful at isolating and debilitating the long hated oppressive regime, the US-controlled military machinery is intact and is poised to play a key role in rearranging the political setup in the interest of the US and local exploiting classes. The Egyptian state is dependent on a wide range of economic, financial and political relations with the US and other imperialist countries. Since 1975 the US alone has poured more than USD 50 billion into Egypt in order to coopt its rulers and use them as tools of US hegemonism,
The Egyptian military is dependent on a huge amount of US military assistance amounting to more than USD 1.38 billion, which is next in size only to that given to Israel. The US also gives economic assistance amounting to more than USD 800 million. The US is highly interested in the restabilization of the situation in Egypt in order to forestall the rise of anti-imperialist forces and thus maintain a balance of forces in favor of the US-Zionist combine in the region.
At any rate, through the mass uprisings, the people are asserting and exercising their sovereign power. They are opening the way to further advances and further possibilities in the struggle for national liberation, democracy, development and social justice. The revolutionary forces have the chance to expand and consolidate their strength.
To any extent that their struggle is frustrated, derailed or hijacked by their enemies, the people of Egypt can raise the level of their fighting consciousness and capabilities and go through various forms of revolutionary struggle until they muster the strength to smash the bureaucratic and military machinery of the ruling classes.
The conditions for advancing the revolutionary struggle are more fertile than ever before on the scale of Eqypt, North Africa and the Middle East and the entire world because of the grave crisis of the world capitalist system and depredations of the US-instigated policies of neoliberal globalization, state terrorism and aggression.
It has been repeatedly demonstrated in recent history that particular despotic regimes can be overthrown, such as those of Duvalier, Marcos, Somoza, Pinochet, Mobutu and Suharto. But the subsequent false facade of democracy can only be fleeting for as long as the US and the local exploiting classes can rule through a bureaucratic and military machinery beholden to them.
We, the International League of Peoples' Struggle, are in solidarity with and support the people of Egypt in their great cause to build their revolutionary strength and wage various forms of mass struggle against imperialism and reaction. They need to defeat the armed counterrevolution and accomplish the people's democratic revolution. Thus they can move forward on the path of national liberation and social revolution.
Posted by nickglais on 1/30/2011 10:40:00 AM