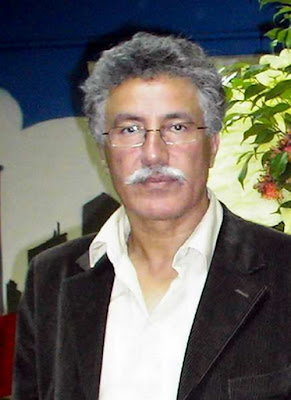 For all the talk of unity, two opposition parties have been excluded from the national coalition government that was announced yesterday, with no immediate prospect of being integrated into what is being portrayed by some as a democratic opening.

The Communist Workers’ Party of Tunisia (PCOT) is one of those parties. Simply being a member of the PCOT has for many years meant the danger of facing a prison sentence.

"This is a national government which has nothing national about it,” Hammami, told Al Jazeera. “It’s intended to conserve the old regime in power with all of its authoritarian institutions in place.”

“This is why people are taking to the street with a new slogan ‘we don’t want the RCD’,” he said, referring to one of the slogans taken up on Monday’s protests.

For Hammami, like many other opposition leaders, former president Zine El Abidine Ben Ali’s hasty departure is nowhere near enough. He called for “the party of Ben Ali” to be disbanded completely, along with all its “repressive apparatuses”.

He called for a provisional government to be established to help pave the way for the transition towards a truly democratic republic.

The communist leader also had words for the Tunisian Islamist movement. He argued that the uprising, which had its one month anniversary on Monday, was a secular one, and called on the Ennahdha party to accept this and not to bring “polemics over theology” into the conversation.

“We want to keep the people united over these aspirations,” Hammami said. “We’re calling on other parties not to divide the people.”
Posted by nickglais on 1/18/2011 11:51:00 AM