Earlier this week, a meeting of the 17 smaller parties concluded that Bhattarai could be the common candidate for the PM. However, the UCPN (Maoist) is yet to react to the proposal of the fringe parties. 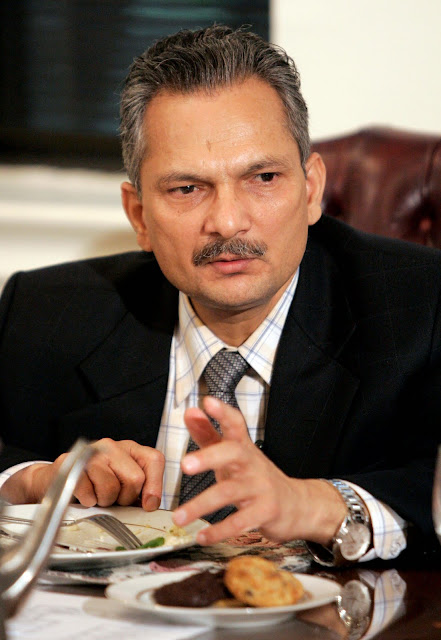 At a time when some smaller parties have informally proposed him as the next prime minister, Maoist vice chairman Dr Baburam Bhattarai has said he does not cherish the post of prime mininister.

Speaking to reporters at the Tribhuvan International Airport before leaving for Mumbai, India, on Thursday, Dr Bhattarai said he was not in the prime ministerial race alluding that his latest political parleys were in favour of ensure peace and constitution.

Saying that the next government must be led by the UCPN (M), he made it clear that the UCPN (Maoist) would not join a government led by other parties.

In Mumbai, Bhattarai will deliver a speech on 'Nepal's new democracy' at a workshop organised by Anuradha Gandhi Memorial Lecture, which will be attended by leftist scholars from India and other countries.

This is his second visit within a week. During his earlier visit to New Delhi, he had met senior Indian political leaders and government officials including External Affairs Minister S.M Krishna, Finance Minister Pranab Mukherjee and foreign secretary Nirupama Rao, raising suspicions within and outside the Maoist party that he might be lobbying for consolidating his own prospects to become the new prime minister.
Earlier this week, a meeting of the 17 smaller parties concluded that Bhattarai could be the common candidate for the PM. However, the UCPN (Maoist) is yet to react to the proposal of the fringe parties. source :
nepalnews.com
Posted by nickglais on 1/13/2011 10:56:00 AM