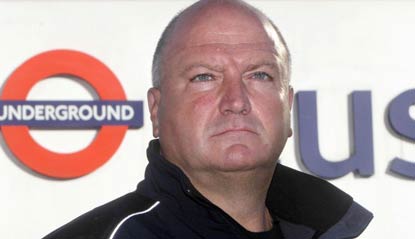 Business Secretary Vince Cable is "standing idly by" as bankers are set to be paid billions in bonuses, a union leader has said.
The RMT's Bob Crow said bankers were still "partying like it's 1999" despite government calls to curb bonuses.
BBC business editor Robert Peston says the coalition is now resigned to billions being paid out, albeit at lower predicted levels than in 2010.
Last month Mr Cable said he would take "robust action" to curb bonuses.
Mr Crow said about £7bn was about to be "shovelled over" in bonuses to the bankers.
"There will be anger on the streets as people realise that the same people who created the UK financial crisis are still living in the lap of luxury while the rest of us are told to take the hit," he said.
"With the NHS running out of beds and flu vaccine, commuters bled dry and VAT sent sky high, they are still partying like it's 1999 down in the Square Mile while Vince Cable and the ConDem government stand idly by."
He said workers should stand firm and fight for fair pay deals.
"So much for sharing the pain. My advice to any worker told they should take a pay freeze or a pay cut this year is to point to the bankers, stand firm and demand a fair deal," he said.
Posted by nickglais on 1/09/2011 11:16:00 AM