Failure of the Globalization Model: The Arab Spring of Democracy 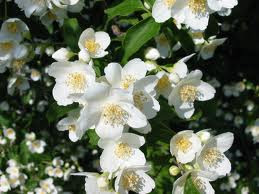 The Tunisian phenomenon is not about the ousting of a president; it is about the collapse of the Western-colonial model of globalisation, write Abdul Ilah Albayaty, Hana Al Bayaty and Ian Douglas

The Tunisian uprising is nothing but the natural result of the failure of the globalisation model and the impasse affecting the entire world. Indeed, as soon as an economy opens up to foreign capital and one gives the local economy and services over to market forces, the state’s role is automatically undermined and remains only to protect the model itself. By consequence, whether in Tunisia or elsewhere in the developing world, it resulted in a contradiction between the people’s interests and the class created to protect foreign capital.

In the Arab countries, the model of globalisation consisted of abandoning the Arab-Muslim character of the state, responsible for providing wellbeing to its society. It entailed the cancellation of the notion of the national state that emerged following World War II and the independence movement, and whose legitimacy is based on the notion of progress and of the wellbeing of its citizens. It also entailed the cancellation of the socialist aspirations of the people based on their desire for a welfare state and the provision of public services.

The model of globalisation implemented in the Third World, at times by force, like in Iraq, or by economic pressure, like in Egypt or Indonesia, or by its adoption in rich countries, like the oil producing states, led everywhere to the emergence of a comprador class, submitting to or wilfully participating in the integration of national economies into the global economy, leading to a state whose sole role is policing and protecting comprador regimes and the status quo for the sole interests of foreign and local capitalism. In parallel, everywhere, including in developed economies, this model serves to enrich the rich, impoverish the middle class and marginalise and alienate the poor.

In Tunisia itself, the illusion that this model seemed to be working very well was based on the authoritarian character of the regimes ruling the country since its independence. However, the result, like elsewhere, was an impoverished and marginalised people, both economically and politically, and a governing police state class getting richer, careless of the wellbeing of the local population and severely repressing any dissent in the name of market forces. But in our modern era, society is not an organisation that one can indefinitely repress nor an ideology that one can ban, but rather a living creature. No one can control it but itself.

If in the past the educated classes had the choice to migrate to other countries and participate in their development, the global economic crisis and the stagnation of Western economies and their allies have limited this possibility. The result of this situation is an army of educated and technically skilled unemployed youth in developing countries. Normally, they are the builders of the national economy, the guardians of the wellbeing of their communities, and aspire to their own fulfilment. The current political and economic situation in all Arab countries pushes this youth, which thinks profoundly that it has the right to live like anyone in a similar situation in the world, to revolt and at times despair.

After 1973, building on their victory, Arab governments thought they could open up to the West and that this process would bring peace and prosperity. Sadat’s economic liberalisation and the welcoming of US and Western corporations for investment signalled the end of the welfare state in the Arab world. Since then, the dream of self-development was abandoned and replaced by opening all Arab countries’ markets to foreign interests, although to varying degrees. This policy of liberalisation became a condition for receiving American blessings, first with Reaganism and Thatcherism, followed by world trade negotiations, and World Bank structural adjustment policies.

As Iraq refused, to some extent, to be integrated into this global neoliberal economy, it was obliged by conquest and force, and through the Bremer Laws, to privatise its oil industry and hand Iraq’s future over to foreign corporations. In order to open Iraq’s economy and free it of any obstacle to outside forces, whether economic, political, cultural or military, the occupation resorted to the physical destruction of Iraq’s capacity of self-development, both of its infrastructure and human resources. As proven by the Iraqi experience, foreign capital does not aim at real development of the economy but rather to destroy all existing capacities for self-determined development processes. Under the phase of imperialism’s finance capitalism led by the United States, the Third World is the last to profit from world progress and the first to pay for capitalist crises. Even Dubai’s financial institutions, which were portrayed as an example of what these policies could achieve, faced with the financial crisis were threatened with bankruptcy if other Emiratis didn’t come to their rescue.

All the illusions of progress that animated older generations since 1973 — like socialism, Arab unity and renaissance, Pax Americana in Palestine and integration of Western models, or Islam as the solution — have now proven unfruitful and unachievable, in spite of the determined struggle of Arab political currents for these ideals. The socialist model collapsed and was put on the shelf; Arab unity is no more on the agenda of governments; Islam as the solution brought only division and sectarianism, as in Iraq; the Pax Americana in Palestine did not stop Israel, while the integration and opening of local markets to the capitalist economy didn’t bring investment or solutions for the unemployed and the poor. It didn’t make the people, as they have the legitimate right to, participate freely in the public affairs of their country, nor benefit from the richness of their land and national economy.

Although the Arab youth might not be opposed to the grand dreams of older generations, still defended by various local political currents, and although these currents continue to have their influence, the Arab youth wants immediate change. The new generation is disillusioned. In Tunisia, it took its destiny in its hands and wants change now, and real change. As an Arab country, and living in a state in permanent exchange with its Mediterranean environment, the people of Tunisia realised that the model of globalisation is simple usurpation. No promise of wellbeing and development, liberty or democracy was fulfilled, and the system can be resumed to a generalised oppression, corruption and theft: a comprador governing class, a police state, and submission of the country to imperialist policies and interests.

The collapse of Ben Ali and his government is not only the collapse of an authoritarian regime, but rather of the globalisation model of finance capitalism and imperialism for Third World countries. The situation in other Arab countries, including oil-producing states, does not differ in last analysis. Maybe the situation is influenced by local economic, geographic and demographic composition of this or that country, but all know that integration into neoliberal globalisation did not and will not result in progress and development, but rather the enriching of some and the impoverishment of the majority, and the abandoning of the national interest to the interest of global capitalism.

We are certain that all Arab regimes, which share the same situation although with different ingredients, are now shaking because the same situation will produce the same results. We are also certain that all Arab regimes, all imperialists, all revolutionaries are now studying the causes of the success of the Tunisian experience. They all ask themselves, why did the Tunisians succeed in evicting their government while other similar uprisings failed? It is our point of view that everywhere in the Arab world there is the same situation and the same desire to change and to get rid of this model; the only difference is that the Tunisian revolt was spontaneous and non-ideological. It was not a conflict between one political organisation and another, but rather inspired by the consciousness and spontaneity of its youth realising that the conflict is between a dominant class against the people and the people against this dominant class. It is a revolt for dignity, freedom, democracy and wellbeing against a failed model of development. By experience other countries will arrive to the same situation.

Indeed, the success of the Tunisian phenomenon lies in its unity. Similar revolts, like the uprising for electricity in Iraq in the summer of 2010, did not succeed because of ideological divisions at the political level, mostly encouraged by foreign powers to divert Arabs from their real common interests. Everywhere, the Arab youth aspires to a life in dignity, freedom, democracy and development. The ideological conflicts, like in Iraq, mask the real interests of the people. These ideological and confessional conflicts are used by the governing classes to justify their policies and to hide their real practices. But sooner or later, the reality of the conflicts between the impoverished masses and the enriched governing classes will prevail.

While all Arab governments are shaking, and think tanks are giving advice to their governments on how to suffocate similar movements in their own societies, the Arab people has already declared that the Tunisian revolt represents hope, and saluted it as an example for them. Considering the shared model and influence European countries exercise on one another, it is no wonder that there were successive uprisings throughout Europe in 1848, or in 1968. Likewise, what can one expect in the Arab world when all think they belong to the same nation and live in the same conditions? How can Tunisia not influence other Arab countries, while all these countries belong to one Arab nation, which was originally divided by colonial forces into separated states?

We know that the West tells the Arabs that they are separated and independent countries when this suits its policies best, but it treats the Arabs as a bloc when this accommodates its own interests. Maybe the adverse forces of the Tunisian people, so as to save their interests, will try to contain the movement by changing faces, but the situation will continue to be explosive until there is a reconciliation between the interest of the people and the state in which they live. This is called democracy and independence, where the people and the state are masters of their present and future.

Is this a new era of renewal for the Arab world? Will this uprising succeed in bringing real change? Will, at last, Arabs exercise real democracy and sovereignty? Will other regimes, which share the same reality, foresee their fate and opt to change their structure peacefully, or will they unite to strangle the Tunisian phenomenon and deviate it from its goals? The future will tell us, but changing persons will not change the roots of the revolt. The Arab renewal may have begun in Tunisia.

Abdul Ilah Albayaty is an Iraqi political analyst. Hana Al Bayaty is an author and political activist. Ian Douglas is a lecturer in politics. All are members of the BRussells Tribunal Executive Committee.
Posted by nickglais on 1/20/2011 12:24:00 PM