What about a military takeover by Sukhdev Shah 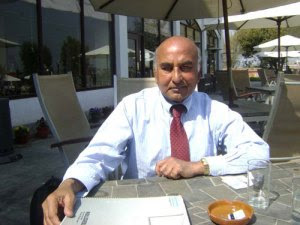 Sukhdev Shah is Nepal’s ambassador to the U.S. He worked for the International Monetary Fund for two decades and is a U.S. citizen.

"As things have evolved over the past three years, Nepal has become a fertile ground for a military takeover of the government, independently or under the shadow of a constitutional authority.

Such a possibility has been talked about in a limited circle but been forced open by a delegation of some Nepali Congress (NC) leaders who recently urged President Ram Baran Yadav to consider imposing President’s Rule to help restore peace and enable the Constituent Assembly (CA) to complete writing the constitution before the expiry of deadline in five months.

This is not an incredible or inappropriate suggestion, considering the marathon obstructions staged by Maoists to prevent the CA to open for business and carry out its mandate ".

FULL ARTICLE ON KASAMA AT :