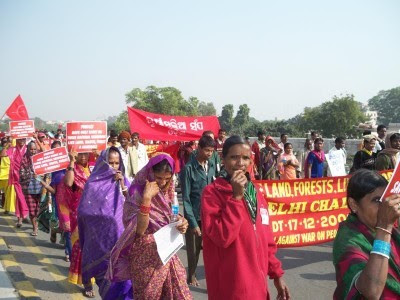 Posted by Ka Frank on December 18, 2009 on
http://southasiarev.wordpress.com/

The Forum Against War on People organised the “Rally Against War on People” to protest against the brutal military offensive of the Indian state on the tribal people of central and eastern India through Operation Green Hunt, wherein lakhs [1 lakh = 100,000] of the paramilitary-military as well as various vigilante gangs such as the Salwa Judum, Nagrik Suraksha Samiti, Sendra, Tritiya Prastuti Samiti, Harmad Vahini etc. has let loose on the people. …