BLOOD IN HER HANDS 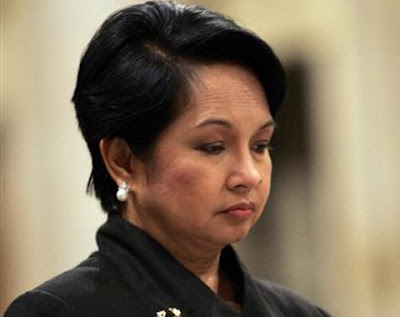 The Antonio Zumel Center for Press Freedom is endorsing this pooled
editorial drafted by Davao Today and published by progressive and
alternative media outlets in the Philippines:

At a time when even war itself strives to be humane, the carnage that killed 57 people in Ampatuan, Maguindanao, shocked people beyond words, not only because of the scale and brutality of the attacks but also because the targets had been unarmed: political supporters who were out to file a nomination for the upcoming elections, journalists who were out to cover the story, even innocent motorists who happened to be at the same checkpoint at the wrong time.

That high-powered firearms were used against the victims at close range,
obliterating the faces and the identity of many of them, and that there
was an attempt to systematically cover up the crime, point to a culture of
impunity in Maguindanao.

The perpetrators obviously thought that they could get away with their
atrocity. The only possible explanation for such impunity is that these
people were confident somebody higher up would protect them.

It was her regime that circumvented the constitutional ban on private
armies by issuing Executive Order 546 in 2006 that allowed local officials
to become warlords. It was this EO that legalized the arming of so-called
civilian volunteers that not only serve as thugs to abusive officials but
also go after insurgents and became the military’s instrument to stifle
dissent and harass people.

It was her regime that, desperate to cling to power, had benefited from
the massive vote buying and election cheating in Maguindanao in the 2004
and 2007 elections. This is the reason Arroyo, amid calls for justice for
the victims of the Ampatuan massacre, could not move swiftly against the
monster she had created.

The people of Maguindanao have been silenced by this reign of terror and
have long been deprived of a choice of leaders. This reflects what is
happening in the entire country, where the Arroyo regime, hounded by
questions of legitimacy, had unleashed terror under its Oplan Bantay Laya
program to stifle criticism and legitimate dissent.

It is the same administration that had brushed aside the extrajudicial
killings of activists and had, instead, publicly praised and promoted
military officials known for their records of human right-abuses.

As the circus that marks elections in the Philippines threatens to steal
our attention away from the Ampatuan massacre, we join the call of our
colleagues for an independent investigation and a separate court to try
this case. We also call for the dismantling of all private armies, which
have been sowing terror in the communities, and not only during election
time.

As investigators leave the scene of the carnage to bring the cases
against the perpetrators to court, as the bodies of our slain colleagues
are buried, as we seethe in outrage and as we grieve, let us not put the
issue to rest.

Until justice is served, let us not forget.