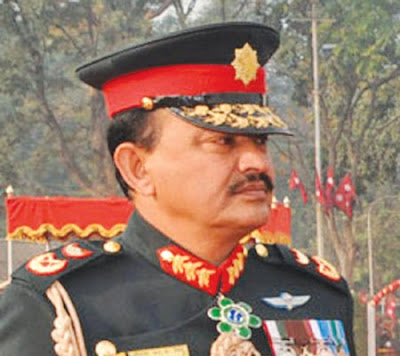 Three Maoist leaders have challenged the government’s decision to promote Toran Jung Bahadur Singh to second in command of the Nepal Army.

KC, Sharma and Magar were detained in the Bhairabnath Battalion of the Nepal Army during the insurgency period from where, according to OHCHR, 49 detainees disappeared. Singh was head of the battalion at that time.

The government on December 24 had promoted Singh to Lieutenant General, Chief of General Staff, despite opposition from UN bodies in Kathmandu and other national and international human rights organisations. He was given the command of acting army chief when Chief of Army Staff (CoAS) Chattra Man Singh Gurung embarked on India visit.

Over a dozen human rights organisations have urged the government to review the decision to promote Singh
Posted by nickglais on 12/27/2009 12:17:00 PM