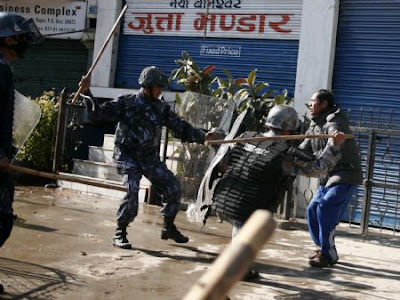 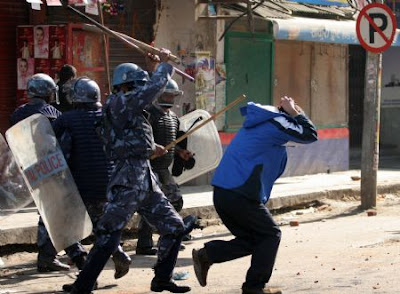 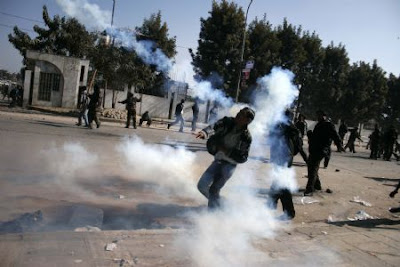 KATHMANDU, Dec. 20 (Xinhua) -- Members of the Unified Communist Party of Nepal (Maoist) (UCPN-M) and their supporters Sunday engaged in violent clashes with riot police, on the first day of the UCPN-M's three-day nationwide strike.

Many places in the city saw the most intense clashes between the police and strike organizers during the strike program.

Around two dozens persons were injured in a severe scuffle between the main opposition UCPN-M activists and riot police. Most of the injured were UCPN-M members with few others being police and bystanders.

The clash reportedly ensued after police tried to bar protesters from removing the road dividers by using water canons.

In response the protesters hurled stones at the security personnel. Police had to use batons, water canons and fire tear gas shells to disperse the protesters and take the situation under control.

Television images showed by-standers running for cover, squatting at the eves of closed shops or fleeing to narrow alleys as the police charged at the protesters with batons while the latter continued to hurl stones at them.

Bigyanraj Sharma, a police spokesman, said 67 protesters had been arrested following clashes in two separate locations in the capital, Katmandu.