Nepal : Sharpen the ideological struggle against the revisionists–the bourgeoisie. 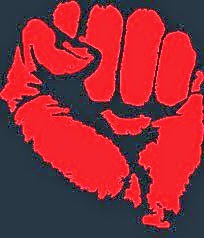 One of them there is a faction led by Ram Bahadur Thapa ‘Badal’ that just split with the Maoist party led by Mohan Baidhya ‘Kiran”. This ‘new unified party’ named as ‘Nepal Communist Party Maoist Center’ has accepted pluralism, multi party system and the current reactionary constitution of Nepal.

It is a matter of surprise that these revisionists have declared themselves as the revolutionaries and their so-called Maoist center as the center of Nepalese Maoists. Not only this they have made Prachanda the renegade as their ringleader.

In fact, it is not a party unity rather than it is a gathering of rightist opportunists, who have already lost revolutionary spirit, revolutionary ground and want to take part in the reactionary system. Indeed, they are trapped in a design, designed by the imperialist and expansionist forces. Just they are following the direction of their master.

Realizing the confusion produced by these revisionists the revolutionary three parties have made the situation clear through the Press statement. They have urged the revolutionary cadres and oppressed people not to be confused and stand firmly on the side of Marxism-Leninism-Maoism and New Democratic Revolution. The revolutionary parties also have urge to wage ideological struggle against the revisionists. Here is the full text of the Press Statement.)

Today in the leadership of UCPN Maoist, some opportunistic groups of so-called Maoists have made a noise and whimper of party unity-a polluted wind.

This unity between the rightist groups has produced a lot of confusion among the oppressed people and it is also dangerous for the struggle of the national sovereignty, people’s livelihood , people’s democracy and revolutionary movement.

It is not a party unity, but a liaison between the rightist groups and we must go ahead sharpening the ideological struggle against this liaison.

In the light of Marxism-Leninism -Maoism, we are dedicated for the New Democratic Revolution and to move ahead in the way to Socialism and Communism.

To achieve this goal, it is necessary for the polarization and unification between the true revolutionaries.

Therefore we urge the revolutionary people, our well wishers, and true Communists, not to be confused on such false unity and the noise and polluted wind of so-called Maoist unification, and we specially urge to stand firmly on the side of Revolutionary Trend of Nepalese Communist Movement.

This is an one-sided analysis. It is criticizing revisionism but not criticizing left adventurism and sectarianism . These 2 left and right opportunisms are very strong now , and it stifle the growth of MASS based revolutionary movement , and thus destroy the prosects of revolution in all countries.

No Mr Sekhar - you are a typical liberal, whining muddle! Clear choice in Nepal is between daksinapanthi and kraantikaari. Are you really dim, petit-delusional, imaginging some 'Golden Mean', betwixt action & reaction, or another showboating hireling, flying false flag?
'MASS based rev move, blah blah..' Who r u kidding?

PS What the fuck is 'one-sided analysis'?

The one sided analysis shows that the analysts are like Narodniks. It is criticizing only mensheviks. But what is needed is Bolshevism in it's latest form , in every country . With out masses , how can we organise revolution ? Marxism is the ideology of ORGANISED class struggle . It is not the ideology of armed or un-armed struggle . Organised mass struggle in Nepal will lead to country-wide massive uprising . Normally it will be armed , as the state is similarly armed to oppress people . Your idea of People's war in a centralised and partially democratic country is churlish . Generally all countries are suitable for massive uprisings , not PW

Sorry for intemperat/totally ill-judged previous comment. You are still wrong, but, at least you are seriously wrong.
Leninist dialectic: without the Party - there can be no change - without the people - there can be no Party.
Your last sentence is just Trotskyite gobbledegook - tantamount to: do nothing, or everything, metaphysical school for historical losers.
"It is all very well in practice, but will it work in theory?" Eh?
Get a revolutionary life!
Lal salaam

Trotskyism is permanent revolution and sacrificing revolution in one country , in the name of world revolution. Leninism is building socialism in one country , as a base country for world revolution. Lenin formed Comintern to advance world revolution. ..... People's war is a method of struggle succeeded in in a country , where thousands of feudal lords were ruling . Today we cannot find any country like that. Globalisation has further centralised all countries and mass uprisings are taking place in many countries now. Occupy wall- street, pink revolution in Latin America, Arab revoluion , taksin square uprising, brazilian mass struggle,e tc are the new models of peopel's struggles . It shows that our path in most of the countries will be massive insurrections . PW has only historical importance. No practical use in ANY country . work for armed insurrection , if situation demands it

I challenge you to ideologically struggle with me. Please do not quibble out by abusing me . We are actually mobilizing masses for revolution in India .