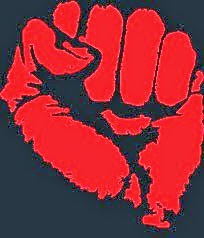 Democracy and Class Struggle welcomes the new research in China into the Famine particularly by the mathematician Sun Jingxian.

In fact the two line struggle over this issue will be decided in China and not by neo liberal propagandists like Frank Dikotter but by our comrades in China.


Even in formal evaluations of the past, the Party has been coy about publicly acknowledging the Famine.

At the time, the international scholarly community had only limited access to reliable statistical information – indeed, the first clear indication of the scale of the crisis came in the form of demographic analysis done by Ansley Coale in 1981 using newly released official statistical data.

The prevailing view at the ‘Seven Thousand Cadres’ conference, convened in January 1962 to forge a consensus within the Party about the Great Leap Forward, was that there had been serious agricultural problems and even some deaths from malnutrition in isolated districts; these problems and deaths had been caused primarily by natural disasters, and were aggravated by counter-revolutionary forces within certain local governments.

The 1981 Central Committee ‘Resolution on Party history’ revised this view to describe the period 1959-1961 as one in which ‘the national economy suffered serious difficulties, and both the nation and the people suffered major setbacks’.

Emboldened by the critical stance taken by the Party in the early Reform era in regard to the social and economic problems of the Mao era, the State Statistical Bureau (SSB) released previously data that indicated that a demographic crisis had occurred in China in the late 1950s.

Relying on the newly released data, including annual crude mortality figures and the detailed results of the first three population censuses conducted in the PRC, several groups of demographers concluded that around twenty-seven to thirty million people had died of famine-related causes between 1957 and 1962.

From the mid-1990s, a number of historians and journalists drew on the results of internal party investigations or archival sources not endorsed by the SSB to claim the death toll was considerably higher.

The most influential of these was Yang Jisheng who, in his two-volume chronicle of the famine published in 2008, Tombstone endorsed a figure of thirty-six million deaths.

In 2013-2014, the intervention of the Mass Line Education and Practice Campaign in famine research seems to have been set on raising doubts about the accuracy of all of these estimates, with a focus on the work of Yang in particular.

The timing of the article was significant, coming four days after Xi Jinping convened an internal Party conference to establish the Ideological Work agenda of his administration.

As the China Media Project investigative journalist and media analyst Qian Gang has pointed out, this was a peculiar week in PRC media history: while the General Political Department of the PLA and the Central Propaganda Bureau strongly promoted an interpretation of Xi’s speech that emphasised the need for ‘positive propaganda and public opinion struggle’ the tone of the official summary of the speech reported in the People’s Daily was far milder.

The tone and content of Sun’s article fits squarely within the Central Department of Propaganda’s interpretation of Xi’s speech.

In the opening line of his article, Sun characterised the view that ‘thirty million people starved to death during the Three Difficult Years’ as being nothing more than a ‘massive rumour’  one disseminated by Yang Jisheng as well as the likes of Cao Shuji , Jin Hui  Ding Shu and Wang Weizhi scholars and others who had produced the estimates of famine mortality that Yang Jisheng considered credible.

Sun argued that claims that there had been thirty million or more famine-related deaths in the Great Leap Forward era were based on statistical fallacies.

According to Sun, China’s household registration data had been skewed by large-scale rural-to-urban migration during the Great Leap Forward and the subsequent repatriation of tens of millions of registered urban residents to the countryside.

This gave rise to the appearance of mass population loss during those years, whereas in fact the missing people were alive and well and were gradually reintegrated within the household population registers.

Sun concluded that in a ‘very few’ districts, such as Xinyang prefecture, fewer than 2.5 million people in total had died of ‘nutritional deaths’.

The latter term was a broad morbidity class of Sun’s invention, and included deaths caused by edema and other nutrition-related illnesses as well as a small number of deaths caused directly by starvation.

He said he used several different methods of statistical analysis to verify his conclusions.

His conclusion is,  consistent with the evaluation of the Great Leap Forward that was determined and on party history at the Seven Thousand Cadres conference of 1962.

He had fully elaborated his argument about the effect of migration on the data two years previously in a piece published in Studies in Marxism a journal also published by CASS.

In this earlier work Sun had taken aim not at Yang Jisheng but rather at Jiang Zhenghua  a cyberneticist-turned-demographer who, supported by a national research grant, estimated that the Great Famine had caused seventeen million excess deaths, the lowest of the serious estimates of famine mortality.

Even though Yang was not mentioned in the 2011 article, he responded to it in great detail on his blog.

What was remarkable about Sun’s more recent article was that the editorial committee of a major official publication had sanctioned the use of the term ‘grand rumour’ to characterise new research on the famine.

Sun had used the term ‘grand rumour’ in this way before, at a public forum in 2009 hosted by the neo-Maoist online publisher ‘Utopia’ on the ‘True Face of Population Change in the 1960s’.

But for such an expression to appear in the Chinese Social Sciences Weekly indicated a high-level of official endorsement.

With this official stamp of approval, Sun was able to publish an opinion piece in the Global Times on 5 September 2013, and a second article in the Chinese Social Sciences Weekly  four days later that listed ten errors he claimed to have found in Yang Jisheng’s Tombstone.

Over the following months, he elaborated on various aspects of his population research in a string of articles that appeared in journals managed by the Party’s Central Department of Propaganda, including Red Flag Manuscripts and The Observer

Sun’s thesis was also the focal point of a book by an independent scholar affiliated with ‘Utopia’ named Yang Songlin  published in August 2013 (though not approved for distribution through retail book stores), and of a collection of papers attacking various ‘rumours’ about party history that appeared in December 2013.