Sean Doyle - Not Guilty : Remembering 1916 and May 12th and the execution of James Connolly with deeds not just words 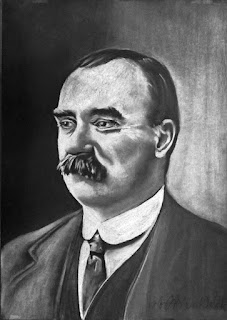 Democracy and Class Struggle says the spirit of James Connolly lives in Ireland in the actions of Sean Doyle.

Read his latest statement below.

It is reminder in 2016 of the unfinished Irish Revolution.

Sean kept in remand in prison until 24th May

I did not come here voluntarily. I was summoned here by your court of law. Our struggle for justice, equality and fair distribution of wealth and our natural resources is constantly at variance and impeded by your laws and if there is an exception Leinster House will legislate and make it unlawful.

Criminal to me is homelessness, children sleeping on the streets.

Criminal to me is bailing out banks while people are being evicted from their homes.

Criminal to me is the robbery of our natural resources while children go hungry.

Criminal to me is the Leinster House committee embarrassed and reluctant to collect billions of corporate taxes from Apple and others while the health and other services crumble with a half a million on waiting lists to see specialists.

Criminal to me is to stand by and allow our water to be privatised. Every meter in the ground is a meter closer to privatisation.

Criminal to me is when all our resources are being robbed and our rights as citizens eroded and enforced by your laws.

Criminal to me is in this centenary year they’re determined to grab for private profit the 1916 Moore Street battle site, our heritage as defined in The Proclamation.

Criminal to me is when all the above is deemed to be an accumulated wrong and punishable by your laws.

What and whose interests does this Leinster House committee serve other than the 1%?

If we had a people’s government they would have full power to alter, amend or abolish the laws to protect the property of it’s’ citizens held in obedience to the wishes and interests of it’s’ citizens.

If we were truly a free nation the people’s government would have that power. We do not.

The ever increasing void between law and justice will inevitably lead to conflict.

This is your court of law representing the 1%.

The justice I seek does and could not reside here. 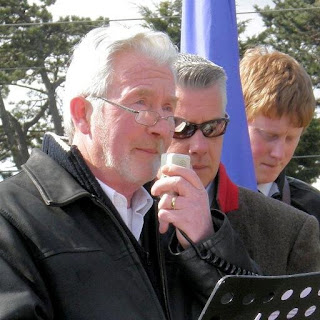