Venezuela is facing its worst threat By Jesus Rojas 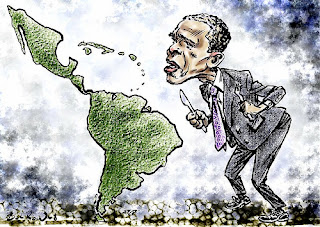 Obama with Knife in Hand

After the coup in Brazil, political factors of extreme regional right-wing and fundamentally Venezuelan, accelerate their plans, currently are underway destabilizing actions against the government of Venezuela led from Washington and accompanied by Madrid and Bogota.

The US government requests to Congress in March 2015, increase 35% the budget allocation for use in Latin America.

2000 million dollars requested to finalize its plans this year. From the US capital guidelines towards Spain and Colombia are issued to implement economic, media, psychological, and politics operations, among others, aimed at overthrowing the Venezuelan government.

More than a hundred political operators including former presidents Alvaro Uribe (Colombia), José Maria Aznar (Spain), Luis Lacalle (Uruguay), John Negroponte deputy secretary of state and director of national intelligence with George W Bush and Tomas Regalado mayor of Miami who over the weekend gathered together to discuss strategies that would be implemented in Latin America, the issue of Venezuela was spoken to the fullest.

In their agenda are developed the actions by the former presidents of Spain José Maria Aznar and Felipe González who have abundant economic resources for that purpose.

About the debate on the application of the recall referendum, the possibility that the opposition to ensure its implementation as planned, this would be a trigger that certain radical groups of the so-called Democratic Unity Roundtable (MUD) would take advantage to accelerate their coup plans.
It is noteworthy that "The elites are replacing military coups by parliamentary coups."

Indeed, as they did in Honduras and Paraguay and now they do in Brazil and Venezuela.

It is the new continental US format and of the right-wing in the region. as happened in the past with the Condor plan which used brutal repression that meant the overthrow of democratic governments, thousands of killings, disappearances, torture, to impose neoliberal policies. 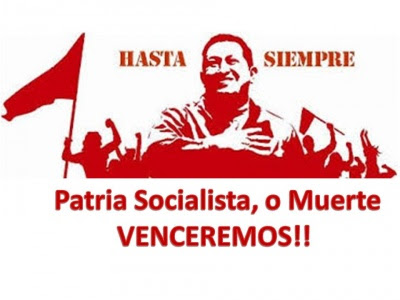