The Maoist insurrection of India is an important phenomenon in recent times. According to the Indian government, the insurrection has posed grave threat to the internal security. So the state had gone all out to thrash the movement militarily without any result. It spread like a wildfire and a vast swathe of central India simply turned into a virtual red corridor. 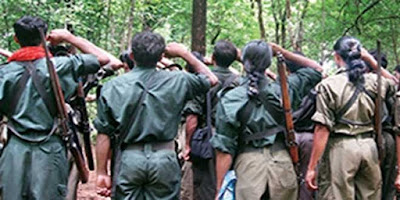 "In India, the People’s War developed by the CPI (Maoist) has survived the encirclement and annihilation campaigns of the enemy, imposing defeats on imperialism and all reaction, and it is a great example for the masses of the whole world regarding the way forward.
Hundreds of millions of peasants joining the masses of Indian workers—raised up in People’s War under the direction of CPI (Maoist)—add great strength for the world proletariat.
The old Indian state, headed by the reactionary Modi clique, promotes the massacre of Adivasi peasants, mass arrests in the countryside and in the cities, and the persecution of revolutionary leaders and democratic personalities as part of the war on the people in a desperate attempt to stop the revolution. Thus the Indian reactionaries are revealing the true character of the government and the Indian state and its fake democracy.
By developing the People’s War and joining the national liberation struggles of the New Democratic Revolution, the CPI (Maoist) is preventing the division of the masses. They are defeating the new revisionism; they are an example for the International Communist Movement"