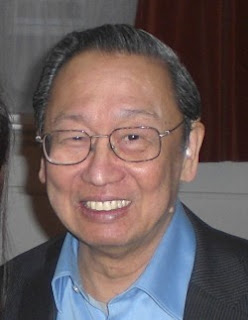 President-Elect Rodrigo Duterte said on Monday he would pursue peace talks with Marxist guerrillas and as an olive branch would offer government roles to the Communist Party of the Philippines, including its exiled founder.

The mayor and self-styled sheriff of Davao City said it was time to put an end to hostilities with the CPP and its armed wing, the New People's Army, which has been embroiled in decades of on-off fighting with government troops in the south and east of the country that has killed 40,000 people.

Duterte's peace offer would include a ministerial post to Jose Maria Sison, the CPP figurehead who lives in the Netherlands and was once listed by the United States as a "person supporting terrorism".

"I offer my hand in peace to Sison and to others and we can talk," Duterte told a news conference in Davao, where he has remained since a May 9 election for which an unofficial vote count shows him a clear winner.

In a television interview, Sison said he was felt proud to see Duterte win but ruled himself out of serving in his cabinet. He said the CPP would seriously consider his offer.

"No, I don't want any position for myself, but you know there are many people who are very competent," he told CNN Philippines.

Duterte said he would seek a referendum in two years on a plan for federalism to empower and develop provinces and he floated names of possible cabinet ministers.

Duterte, 71, said he wanted former agriculture secretary Carlos Dominguez to be his finance minister, but was having trouble convincing him.

Nicknamed "the punisher" for his measures to tackle crime, Duterte also said he would beg Congress to re-introduce a death penalty that was repealed in 2006.

Crime is endemic in the Philippines and Duterte's promise of a war that would wipe out gangs and drugs within six months struck a chord with Filipino voters.

In a comment that spiralled into one of his trademark tirades, Duterte reiterated his priority was crushing crime, although not at the expense of economic reform.

"Stop messing with me because I have this sacred promise to save the next generation from the evil of drugs. That is my priority," he said.

"We will work simultaneously with the economic managers of this country." —Reuters